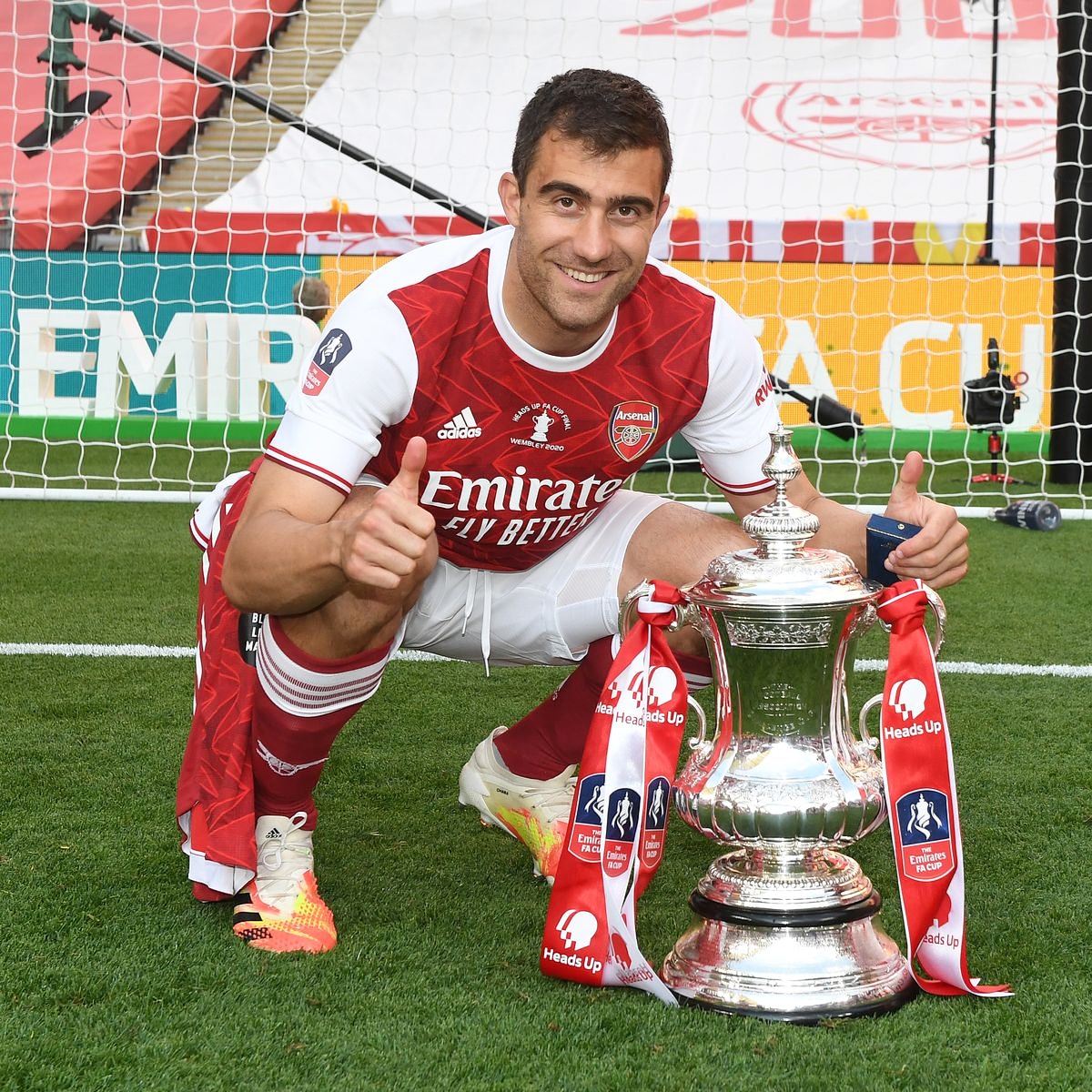 English Premier League club, Arsenal has announced that the remaining contract with defender Sokratis Papastathopoulos has been cancelled by mutual consent.

The club announced in a statement on Wednesday that this allows the Greek international player to negotiate with a new club.

Naija News reports Sokratis joined the Gunners from Borussia Dortmund in July 2018 and made 69 appearances during his time in London.

He was part of the Emirates FA Cup-winning squad in August and played 12 matches during Arsenal’s run to the Europa League final in 2019.

A club statement by Technical director Edu on the player’s departure reads: “On behalf of Mikel, our coaches, players and everyone at the club, I would like to thank Papa for his contribution to the club.

“He has been an important part of our group and has been a model professional throughout. The negotiations to end his contract have been collaborative and we wish Papa and his family well for the future.”

Arsenal has been trying to trim a bloated squad and Sokratis on Wednesday joined the growing list of layers to walk out of the Emirates gate either temporarily or permanently.

William Saliba and Sead Kolasinac have been shipped out on loan deals to Nice and Schalke respectively while playmaker Mesut Ozil is close to completing a move to Turkish club, Fenerbahce.

Speaking on the departure, Sokratis wrote on his Twitter page: “One of the most enjoyable times in my career ended today. It has been an honour to wear the Arsenal shirt and I want to thank all the coaches, team-mates, staff and fans around the world for the love and respect they have given me.”

Lampard is Chelsea’s 10th manager since 18 years Abramovich took over the club’s ownership and the Blues currently sit in eighth place on the EPL table following their defeat last night to Leicester.