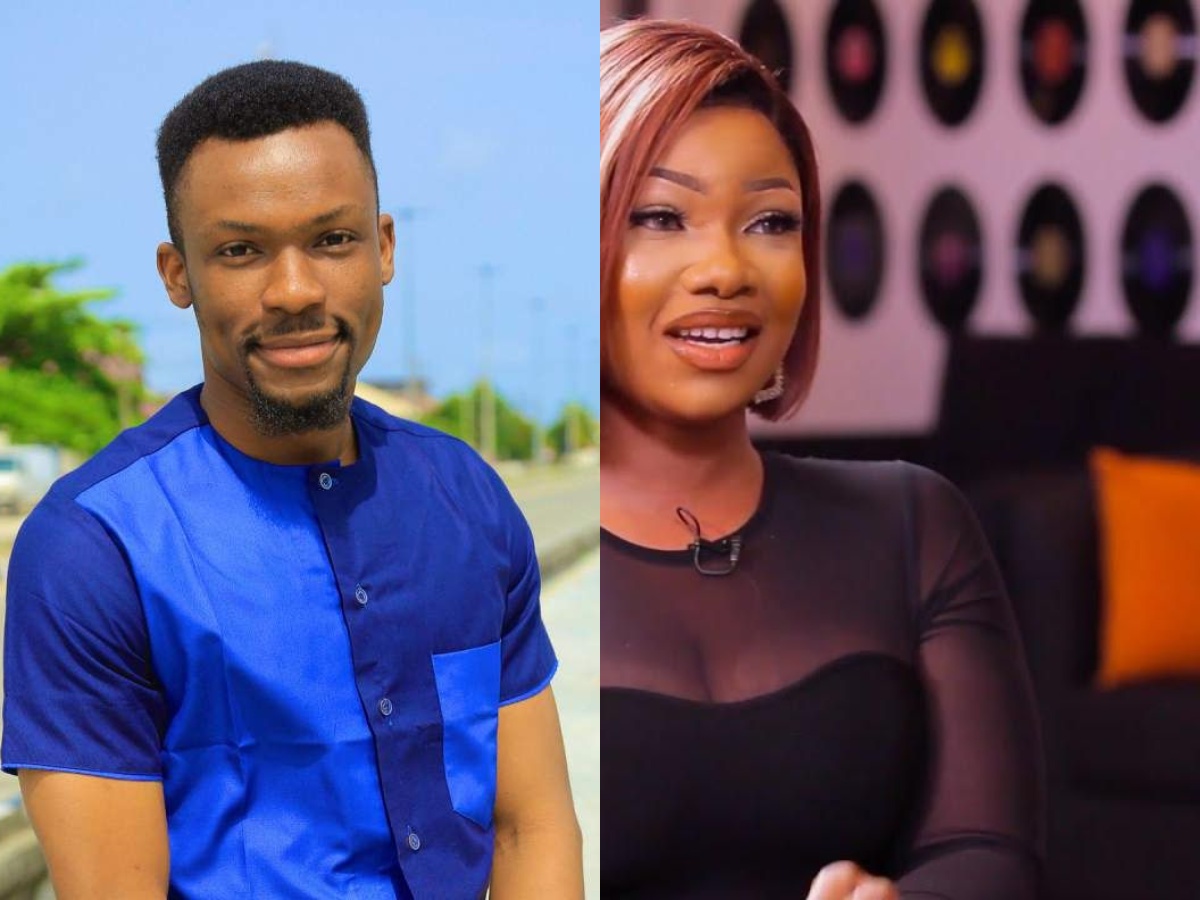 The TV host in a Twitter post had urged netizens to stop the habit of trolling celebrities and questioning every one of their actions.

He noted that they are also normal human beings who should be allowed to live their lives without unnecessary pressure.

“Reality Tv stars are human beings. Allow them to be themselves and express themselves. Stop expecting them to become the Idea of who you want them to be,” he wrote. 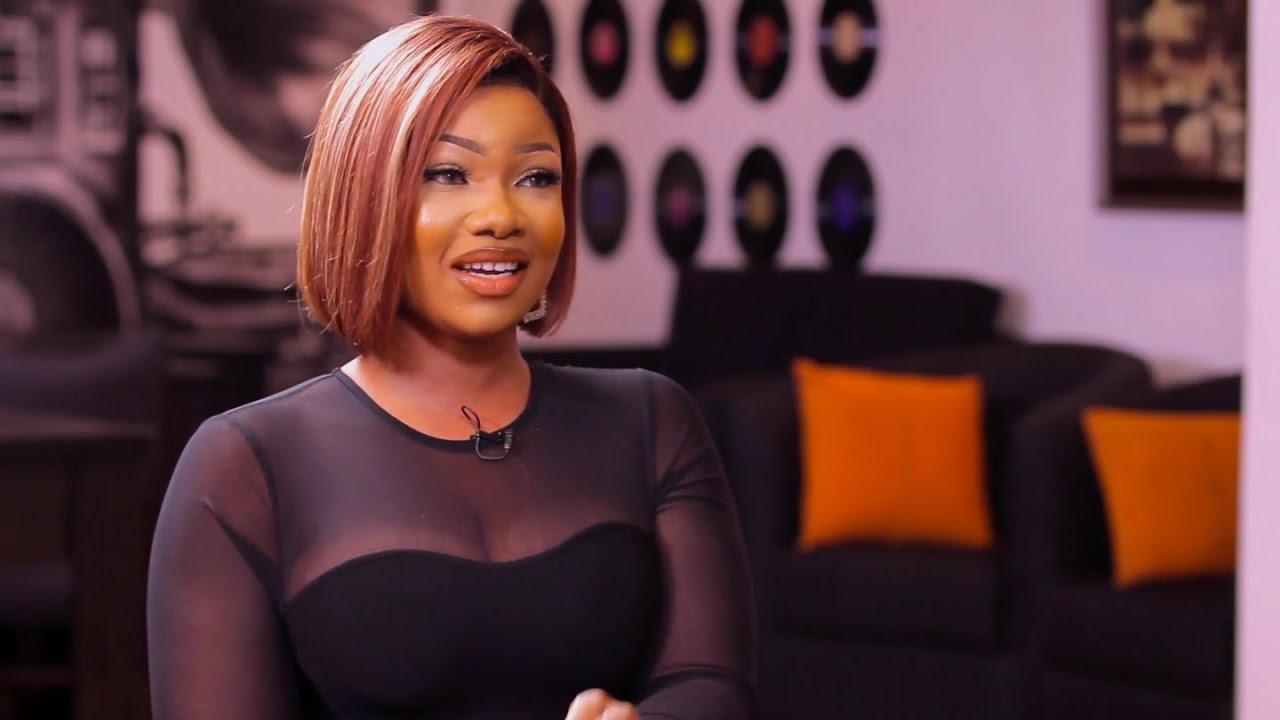 However, one of Tacha’s fans, known on the internet as ‘Titans’ was quick to call out the TV host for partialty, reminding him that he once denied their queen an interview in favour of another preferred celebrity. 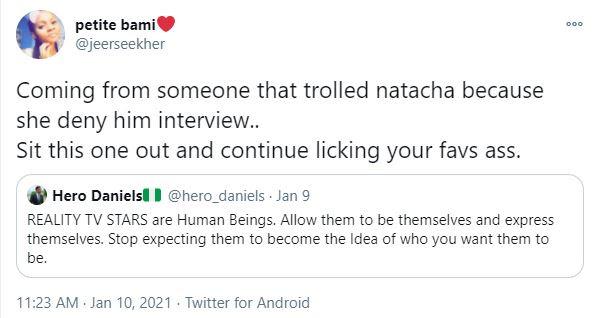 Quoting the fan’s response, Natacha herself dragged the Daniels for his comment, lashing out at him as a ‘lame hypocrite.’

See the screenshot below.

Naija News reports that Liya and some other club-goers were arrested by police operatives in a night club for flouting the COVID-19 rules.

Speaking to reporters on Sunday, Lagos police spokesperson, Muyiwa Adejobi, confirmed the arrest of the clubgoers.

Adejobi disclosed that the club raided by the police is Lounge 38, Bode Thomas, Surulere.

He said the state Commissioner of Police, Hammed Odumosu, personally led his team on the midnight raid.