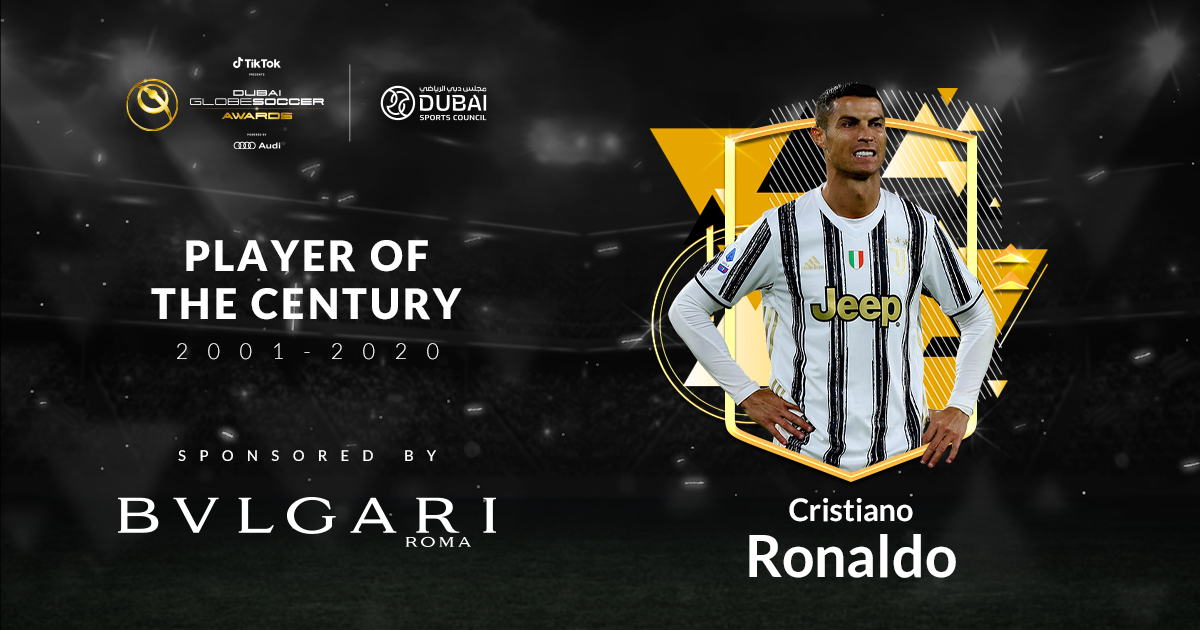 The Portugal International defeated arch rival, Lionel Messi as well as Liverpool and Egypt forward, Mohamed Salah to scoop the award at the ceremony held in Dubai, the United Arab Emirates (UAE).

An obviously elated Ronaldo could not hide his joy about winning the award as he took to Twitter to write: “Couldn’t be happier with tonight’s award!” Ronaldo tweeted after receiving the prize in the ceremony held in Dubai, the United Arab Emirates that also saw Bayern’s Roberto Lewandowski voted as the 2020 Globe Soccer Player of the Year.

“As I’m about to celebrate my 20th year as a professional footballer, Globe Soccer Player Of The Century is a recognition that I receive with so much joy and pride!”

Naija News understands that the 39-year-old Serie A club A.C. Milan forward on Friday, December 25 took to his verified Twitter account to share a Santa-like photo with his middle finger up.