'I Was Blind, Now I Can See' -Dino Melaye Publicly Apologizes To Goodluck Jonathan | Naija News 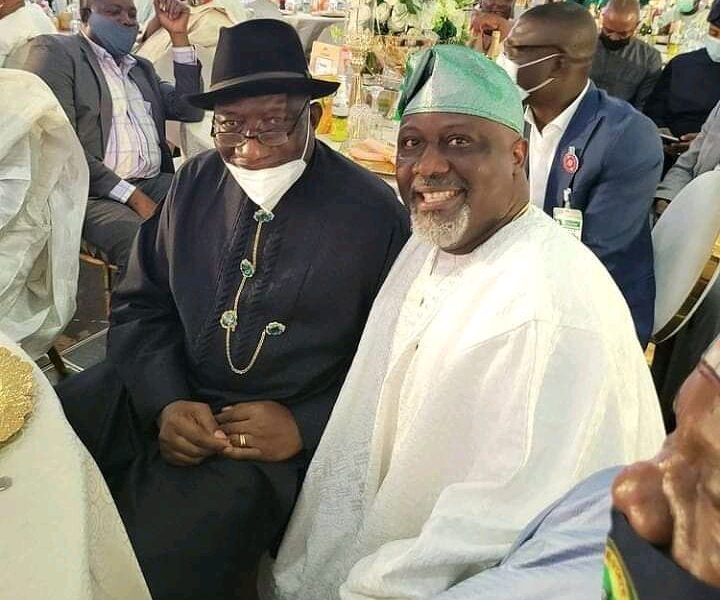 Former Nigerian senator who represented Kogi west senatorial district in the National Assembly, Dino Melaye, has publicly apologised to Goodluck Ebele Jonathan, ex-president of Nigeria for his past wrong deeds.

Naija News understands that the member of the Peoples Democratic Party on Tuesday, December 15 at a book launch in the Federal Capital city, Abuja, said he is sorry for his role in the 2015 general election that eventually led resulted in the loss of the presidential seat by the then ruling party.

Vanguard reports that Melaye recounts how he and other members of the then opposition party blindly counter and worked against Jonathan to rip him off the presidency. The Kogi State politician, however, said he has now realised his mistakes and hence, seek for Jonathan’s forgiveness on behalf of himself and others.

Melaye continued; “In 2017, I was arrested eighteen times, there were more times in 2018 and between then and now, I have been taken to court for twelve different cases and out of those cases, we have wen eleven of them. “And that only one that borders on attempted suicide.

“I wonder how someone like me who likes cars and love life so well would want to kill himself. “President Goodluck Jonathan, I want to say that on behalf of all of us who shot blindly, we are sorry. “The one that I later wondered why you did was that phone call.

” I sometimes wondered that if you had not made that call, be would not be where we are today “But after I saw what is happening in America, where President Trump is saying I no go gree, I can now see the reason for that call. “There are very few people like you. I pray for that anointing”.

Naija News reports that the All Progressives Congress chieftain in his reaction described the plan to present Goodluck for the presidency as already dead on arrival.