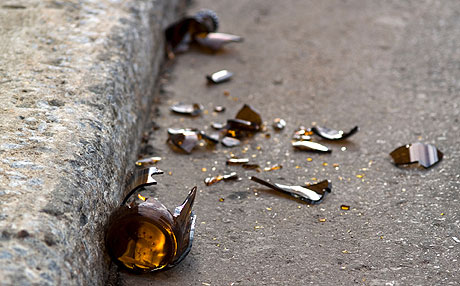 The Rivers State Command of the Nigeria Police Force has confirmed the death of Kinikanwo Amadi, an ex-supervisory councillor in the Obio/Akpor Local Government Area of the state.

The police in a report reaching Naija News at this time said it has arrested Ihuoma, the wife of the deceased for allegedly responsible for the death of her husband.

It was alleged that Ihuoma used a broken beer bottle to stab Amadi to death on Thursday, December 10 in their apartment, following a dispute between them. Speaking on the incident on Sunday, December 13, the state police spokesperson, Nnamdi Omoni, told reporters that the suspect has been transferred to the State Criminal Investigation and Intelligence Department for a thorough investigation.

“We have arrested the suspect and she is in our custody. Investigations are seriously ongoing for us to ascertain what actually happened,” Omoni revealed.

Confirming the incident, a daughter-in-law in the Amadi family who pleaded anonymity, noted that Ihuoma stabbed her husband with a bottle of beer. She noted further that the woman had before the incident called her husband on the phone for help.

“Around past 10pm, Ihuoma called my husband and said that Skin was disturbing her and that my husband should come. It was late, so my husband was a bit reluctant to leave the house,” the unnamed inlaw revealed.

She added. “Around 11pm, a man rushed to our house to inform my husband that his brother was seriously bleeding and he needed help. Before we got there, he was already taken to the hospital.”

Meanwhile, a former House of Representatives candidate, Dr Fatai Aborede, has been killed by unknown gunmen in Oyo State.

Naija News reports that the deceased contested the House of Representatives election on the platform of the Accord Party in 2015.