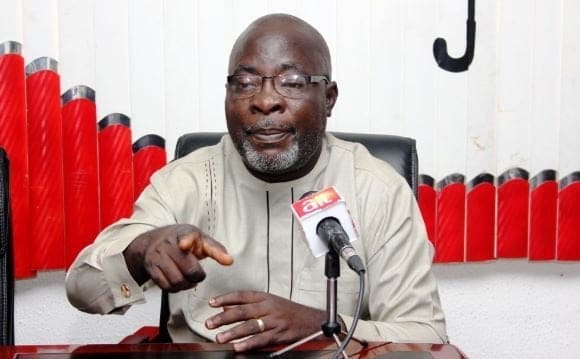 President Muhammadu Buhari-led government and the All Progressives Congress has been accused by the Peoples Democratic Party of encouraging terrorism in Nigeria.

The National Secretary of the Peoples Democratic Party, Kola Ologbondiyan, alleged that the current administration is responsible for the killing of innocent Nigerians by terrorists.

Ologbondiyan in a statement noted that members of the ruling party once sympathised with terrorists in a bid to frustrate the efforts of former President Goodluck Jonathan.

He pointed to how APC members in 2013, frowned against the proscription of terrorist groups in Nigeria.

The statement reads, “The PDP recalls how the APC chieftain, as opposition leaders in the APC, as well the defunct Action Congress of Nigeria (ACN), openly showed sympathy to terrorists and took steps that frustrated genuine efforts by the then PDP government to fight terrorism.”

“Nigerians can recall how in 2013, APC leaders, then as ACN leaders, declared the proscription of terrorist groups in Nigeria as unconstitutional and even demanded that terrorists be accorded VIP treatment and should be brought to Abuja for negotiation in private jets; a development that sparked public apprehensions of their suspected links with terrorist groups.”

“PDP asked Nigerians to hold officials of the Buhari Presidency responsible for the festering violence and incessant killing of innocent Nigerians by terrorists.”