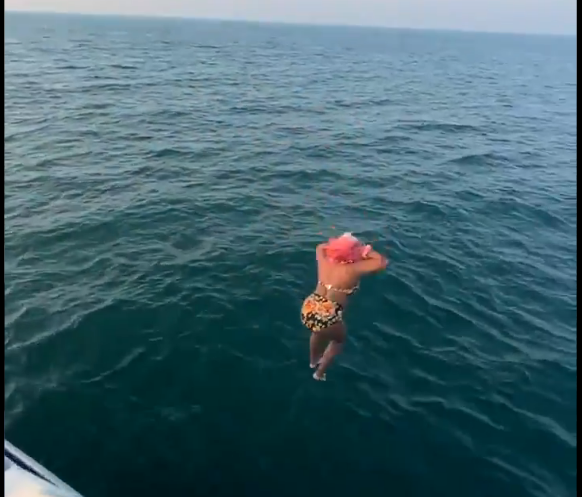 Fans of Nigerian female Disc Jockey, Florence Otedola, better known as DJ Cuppy has expressed fear on social media after the billionaire daughter was spotted in a viral video diving into a deep sea.

Cuppy who celebrated her 28th birthday a few days ago was seen in her swimming pants jumping off from a boat into the sea with the company of an Arab man, suspected to be the driver of the boat.

Reacting to the scary video, some fans of the singer who found the act to be deadly cautioned Cuppy against playing with sharks.

See below some of the reactions: