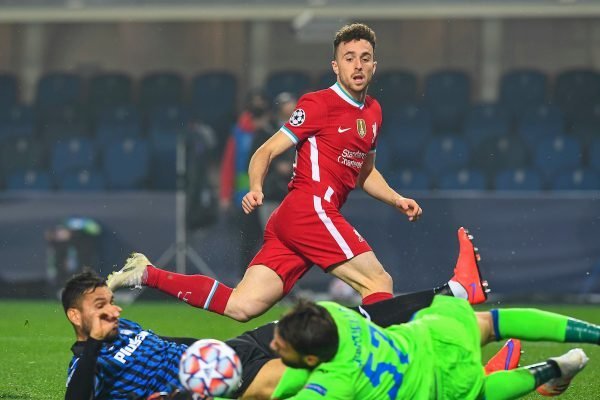 The winning saw the Reds at the top of the group ‘D’ with 9 points, having Ajax behind with just 4 points.

Liverpool new signee, Diogo Jota netted a hat-trick for the reds with one goal each from Mohamed Salah and Sadio Mane to make it 5 goals on Tuesday night. No doubt the Reds had an outstanding night in Bergamo, one of the best performance by the Reds under the under Jurgen Klopp era.

Meanwhile, Real Madrid won their game against Inter Milan with 3-2 goals to appear 3rd on the group C table.