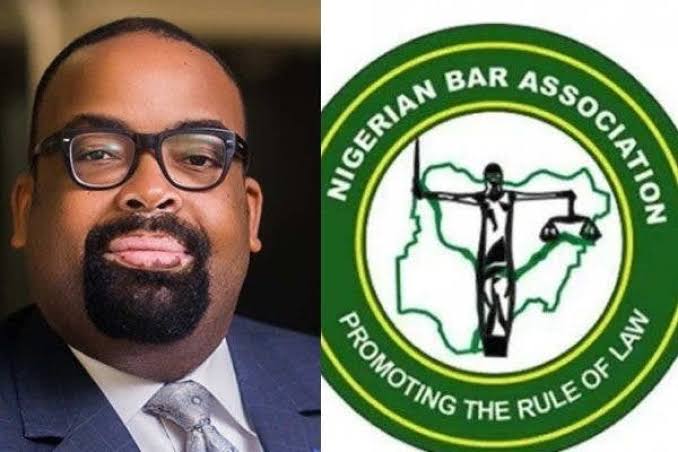 The Nigerian Bar Association (NBA) has set Tuesday, October 13, to state its position on the ongoing brutality against Nigerians demanding #EndSARS.

Naija News recalls that the Inspector General of Police (IGP), Mohammed Adamu, had announced on Sunday, October 12, that the Federal Special Anti -Robbery Squad (SARS) of the Nigeria Police Force (NPF) has been scrapped.

On Monday, the Police boss said with SARS being disbanded, there was need to get a new structure to carry out the duties the defunct police unit was carrying out, which is fighting violent crimes.

The IGP disclosed that a new police unit would be created next week, adding that the new police unit will be intelligence -driven, properly trained and only act on special occasions that require their attention.

IGP Adamu said that the police unit would be made up of fresh personnel with a fresh orientation and not officers from the scrapped unit.

The police boss said opportunities would be created for members of the public to participate in and make inputs to the formation of the new unit, this was even as he revealed that this was the first time they have decisively taken to dissolve SARS and called for calm as they continue to resolve all the issues.

Speaking further, the IGP who noted that Davido‘s visit to talk about the issue is the best way to deal with the current problem, said in the formation of the new unit corrections would be taken from the experience of SARS.

His words: “We just disbanded yesterday so protesters should calm down and give us time to fix the problem. The general public will be part of the process of getting a new outfit.

“I’m talking to you so I will keep talking to many others and get civil societies involved and get their input towards the new unit,” he said.

Giving an update on the ongoing #EndSARS protests across the country, NBA President, Olumide Akpata, in a tweet on Monday night, said: “I have also scheduled a press conference tomorrow to outline the NBA’s official position and our plans for a sustainable resolution of all outstanding issues especially the need for responsible policing and the continued respect for the fundamental rights of Nigerians.”

Akpata also noted that the NBA is working to get #EndSARS protesters who have been detained by the police released.

“We are working on the release of those held in Surulere and I have assurances that this will happen soon.“

I have also scheduled a press conference tomorrow to outline the NBA's official position and our plans for a sustainable resolution of all outstanding issues especially the need for responsible policing and the continued respect for the fundamental rights of Nigerians.