A 35-year-old man has been arrested by the operatives of the Nigeria Security and Civil Defence Corps for possessing fake appointment letters of the agency.

The man whose name was revealed as James Agwabi, was arrested in Nasarawa State with 30 fake appointment letter of the NSCDC Naija News understands.

According to the Corps commandant, Mahmud Fari while addressing journalists on the arrest, the suspect who confessed to belonging to a syndicate was apprehended at the point where he was distributing the fake appointment letters to his victims at Duduguru, a village in the Obi local government area of the state. 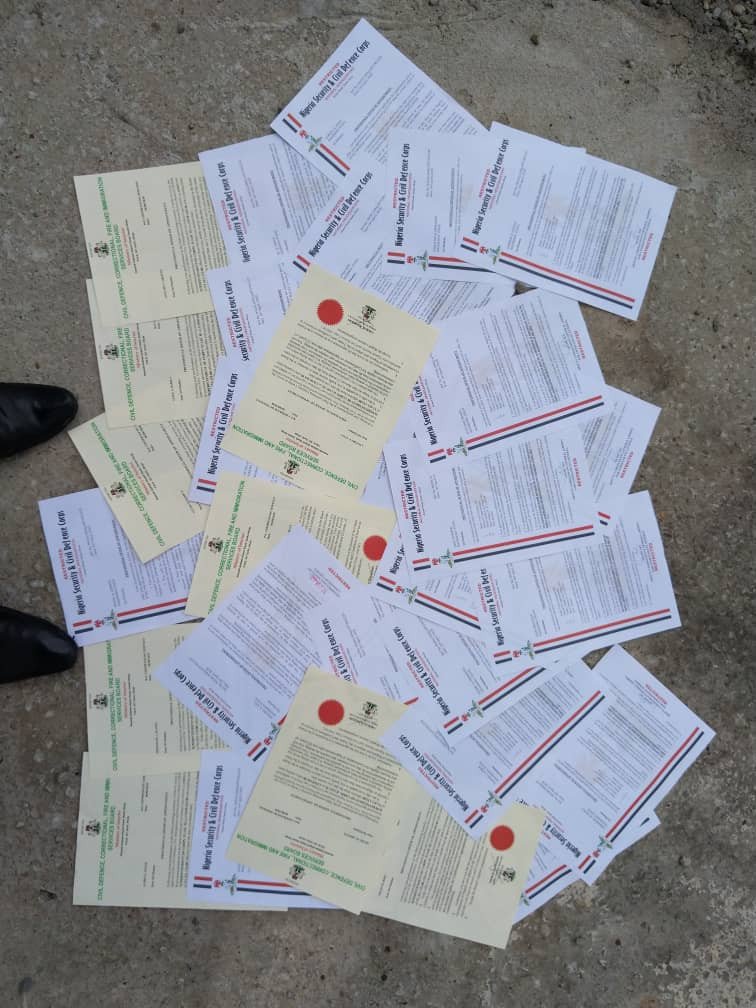 He revealed further that Agwabi who is specialized in selling fake NSCDC and other paramilitary agencies’ appointment letters to unsuspected victims, has been on the wanted list of the agency.

According to Fari, the suspect was found to belong to a 4-man syndicate that has defrauded unsuspected job seekers of N13.6 million.

Confessing to the crimes, Agwabi revealed that name of his gang members as Ishaya Ayuba Funa from Akwanga, John Musa Bagwi Gosa from Area 11 Abuja and Muhammad Muhammad from Kubwa Abuja.

Fari, however, said the suspects will be charged to court after investigation has been concluded.

#ENDSARS: Police Tear Gasses People At The #EndSARSProtest In Abuja