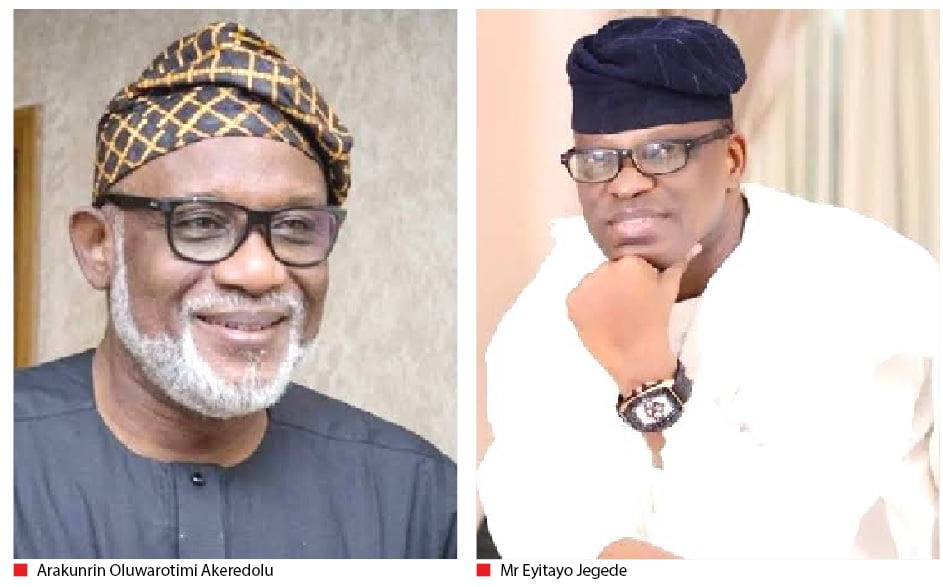 Peter Fasua, the candidate of the Social Democratic Party (SDP), has backed the re-election bid of Governor Rotimi Akeredolu ahead of the October 10 Ondo State governorship election.

Fasua, while announcing his decision, on Tuesday in Akure, the state capital, also revealed that he was backing out of the race.

He promised to mobilise his supporters across the state for Akeredolu’s re-election.

Meanwhile the Chairman of the SDP, Mr Dele Ogunbameru, has led chairmen from 10 other political parties to announce their support for the candidate of the Peoples Democratic Party (PDP), Mr Eyitayo Jegede.

This is coming as the deputy governorship candidate of the SDP, Mrs Rachel Ajayi, also declared that she will be backing the PDP candidate for the Ondo election.

“I am a party person and I queue behind any position taken by my party and its leadership. The party has decided to support the Peoples Democratic Party as relayed by our state Chairman, Prince Dele Ogunbameru, and that is okay by me,” Ajayi said.

“Fasua has never called me for once and he has not been carrying the party along in all his programmes. Everything about him is business, he is not prepared for this election and he has always been acting as an agent of the APC as revealed even during the governorship debate.”

“To me, he should have contested under the APC. They party is supreme and we are candidates sponsored by the party since we are not independent candidates. I do not support any activities that will undermine the supremacy of the party.”