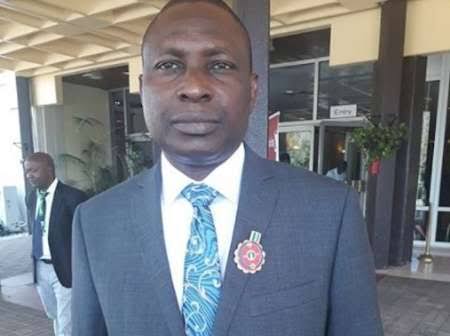 The Acting Chairman of the Economic and Financial Crimes Commission, Umar Abba, on Tuesday disclosed that the commission has recovered N11bn monetary assets in 2020.

Abba while speaking on Tuesday noted that anti-graft agency recorded over 646 convictions within this year, despite the outbreak of COVID-19.

He made this claims before the Senate Committee on Anti-Corruption and Financial Crimes in Abuja.

The acting EFCC Chairman added that Nigerians rate the commission higher than other law enforcement agency in the country.

The commission’s spokesperson, Wilson Uwajaren, in a statement released on Tuesday, expressed displeasure over the deteriorating state of some seized vehicles.

Uwajaren, however, stated that the commission in conjunction with the Minister of Justice are working towards resolving the issue.

He said, “The EFCC is doing remarkably well above all other law-enforcement agencies in the country and that is why the UNODC and National Bureau of Statistics in the 2017 survey they conducted ranked EFCC as the most effective government agency in Nigeria.”

“We are working on this challenge and I am sure the Attorney General of the Federation is coming out with a gazette so that this issue will be a thing of the past. It involves not only vehicles, but also landed properties.”