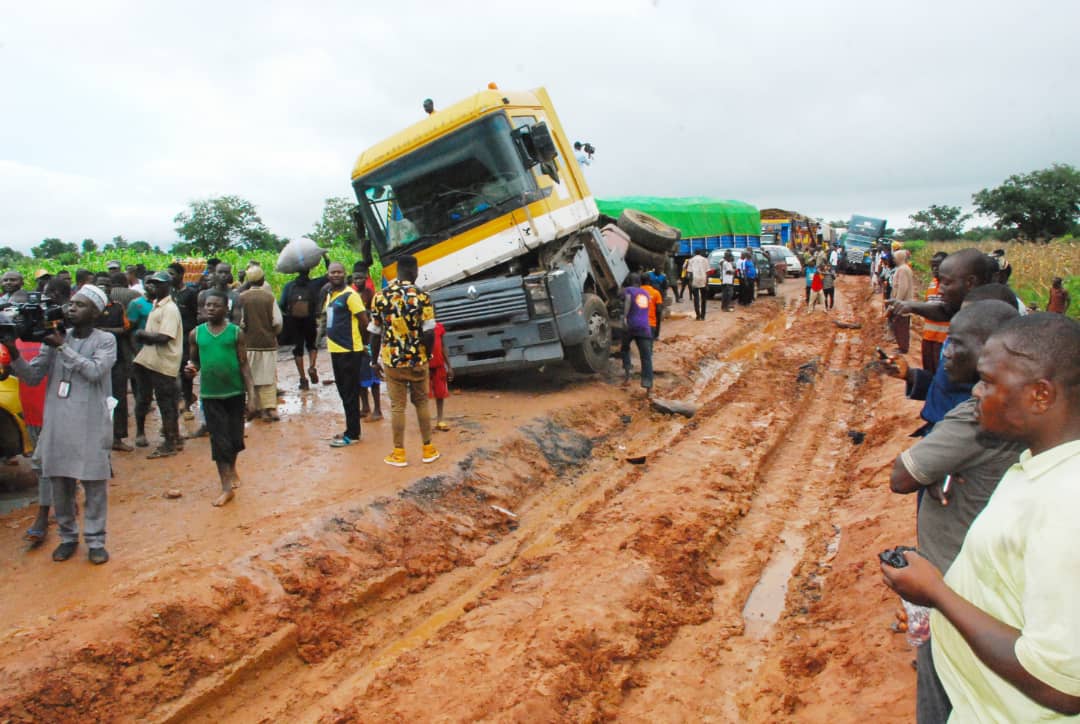 Niger State government has announced the shutting down of the Minna-Bida road to heavy trucks.

The development was revealed in a statement made available to newsmen on Friday, October 2 by the state governor, Abubakar Sani Bello, who noted that the decision necessary due to the non-emergency intervention by Federal Government despite the agreement reached to provide immediate emergency intervention to fix the dilapidated roads in the state.

Naija News understands that the Niger State government had reached an agreement with the FG two weeks ago for intervention on the state major roads, especially the Bida-Lapai-Lambata and Mokwa-Tegina-Birnin-Gwari trunk A roads.

The governor Bello’s government as well ask for the support of the federal government over repairs of the Minna-Suleja Road, particularly from Farin Doki-Minna which formed the basis for the temporal re-opening of the earlier closed road.

Touring some of the Federal government and state-owned roads in the state with the view to taking urgent measures that would bring succour to motorists plying the route as well as inspect the ongoing emergency repairs by State Government on the Minna-Suleja Federal Road, governor Bello assured residents in the state that his administration will continue to make necessary repairs on the dilapidated roads to make life easier for motorists.

Governor Bello lamented that some of the articulated vehicles that ply the road, apart from carrying more than the approved weight were not roadworthy, thus causing gridlock and unnecessary hardship to the people.

Again on the Minna-Bida road, Bello said he will remain focus on reconstructing the road but that the road will again be closed down to articulated vehicles since the State Government is yet to see the intervention of the Federal Government as agreed, adding that closing down the road will speed up the project and avoid wasting of resources.

According to him, the Minna-Bida at the moment needs urgent attention as the portion between Sabon Daga and Kataeregi has collapsed due to the heavy traffic flow of articulated vehicles on the road.

The statement which was signed by Mary Noel-Berje, the Chief Press Secretary to the Niger State governor highlighted on the gridlock along Minna-Kontagora Road particularly between Baban Gada and Anguwan Balbela as trailers and petrol tankers have been stuck on the muddy part of the road.

The statement reads further; “The Governor bemoans the slow process of releasing fund to contractors handling construction of Federal roads in the state, saying, it is a major obstacle towards the execution of the projects.”

“While on tour, the Governor stopped at intervals to inspect the ongoing work of filling boulders on over failed portions of the roads, some broken down articulated vehicles were sighted in gridlock.”

“They also appealed to the Federal Government particularly to as a matter of urgency fix the trunk A roads which is the Bida-Lapai-Lambata and the Mokwa-Tegina-Birnin Gwari Roads being their major routes.”