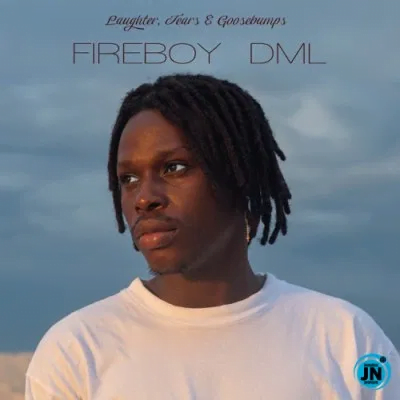 Young music superstar, Adedamola Adefolahan popularly known as Fireboy DML has hit another landmark in his career as his hit single ‘Scatter’ made the list of songs that would be played on popular football game FIFA 21.

FIFA football game is one of the most played soccer games globally after PES. The game is played on computers, Xbox, and Playstation consoles.

Fireboy mark as the second Nigerian whose music would be played on the main soundtrack of FIFA after ASA’ ‘Jailer ’featured in the FIFA 2012 edition. The hit single ‘Scatter’ has widely been enjoyed by fans. The song has been streamed over 30 million times on Spotify and other mainstream platforms.

‘Scatter’ on @EASPORTSFIFA FIFA 21, get the soundtrack playlist on all DSPs. game officially out on the 9th of October. #FIFA21 #FIFA21Soundtrack pic.twitter.com/UU5Rs3yRrU

Alongside Fireboy, Anthony Joshua, popular Nigerian and British boxer also features in the FIFA21 game as a playable football character.

Joshua will be a playable character in the video game’s “Volta” mode – in which players are able to test their skills in a small-sided game with five-a-side rules.

Other Nigerians who feature on the Soundtrack are to feature on the Volta Football aspect of the game. Rema with ‘Beamer’ and ‘Location’ by Santan Dave, a British rapper of Nigerian descent. ‘Location’ also features Grammy-nominated Nigerian superstar, Burna Boy.

Below is the full list of singers set to feature in the highly anticipated game; 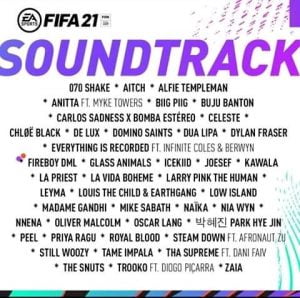 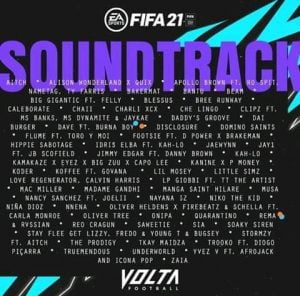