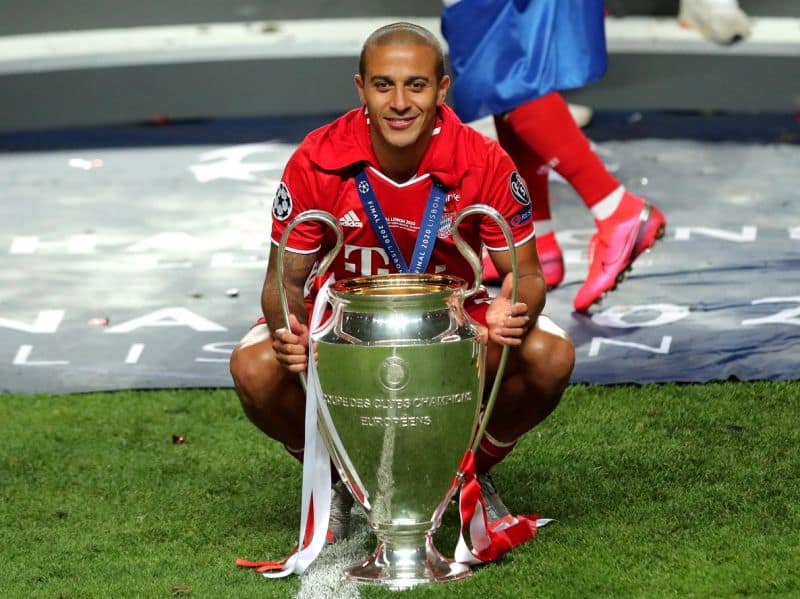 Thiago Alcantara is set to sign a four-year deal with Liverpool after the club agreed a £25 million fee with Bayern Munich.

The clubs have been in discussions since the start of the week, but the midfielder’s desire to work under Jurgen Klopp at Anfield has long been known.

Naija News learnt that understands that a guaranteed £20m has been paid over the course of the contract, while an additional £5m can be earned via performance-based bonuses, such as winning the Premier League or Champions League.

He will wear the No 6 shirt at Anfield.

Thiago was in the final year of his deal with Bayern and declined a lucrative extension in search of a new challenge.

Liverpool were patient in their pursuit of the player. Klopp wanted to shed numbers in midfield before making a concrete move for Thiago, but decided the recruitment process couldn’t be placed on hold any longer given his world-class status.

Thiago will provide Liverpool with greater dimension to their play, offering the opportunity to build centrally instead of primarily from the full-backs.

Hansi #Flick on @Thiago6: "Thiago is an exceptional player who spent seven hugely successful years here. He's a wonderful person and an outstanding professional. It was very emotional today when he said goodbye to us all." #FCBayern #MiaSanMia pic.twitter.com/QBU0O0UPmf