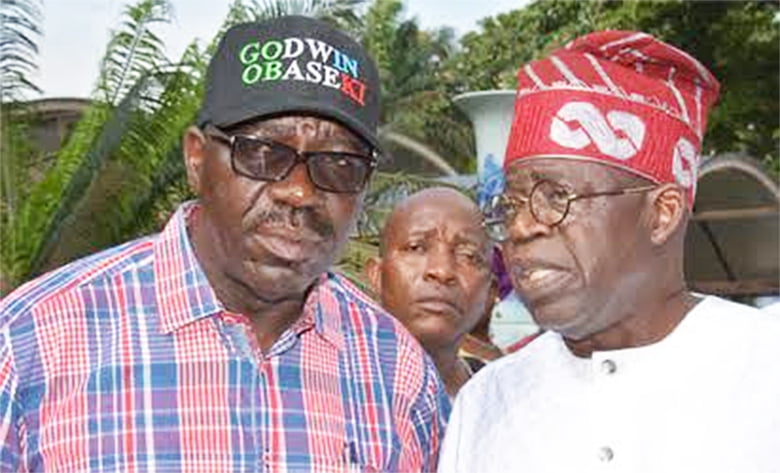 The Peoples democratic party (PDP)has urged the people of Edo State to cast and defend their votes for Governor Godwin Obaseki.

In a post on the parties twitter handle, PDP,  said it is amused by the conduct of All Progressives Congress, APC, national leader, Asiwaju Bola Tinubu who is a video tasked Edo voters to reject Governor Godwin Obaseki

Naija news recalls that  in a recent video, the National Leader of All Progressive Congress, Bola Tinubu, has appealed to Edo State residents against voting the incumbent Governor Godwin Obaseki, in the forthcoming gubernatorial election in the state.

He said that the call had become imperative after several undemocratic action taken by the embattled govenor during his firt tenure, among which he alledged, his refusal to obey rule of law despite voice of reasonings from politicians and other stakeholders on the issue of 14 lawmakers he prevented from being sworn into the state House of Assembly.