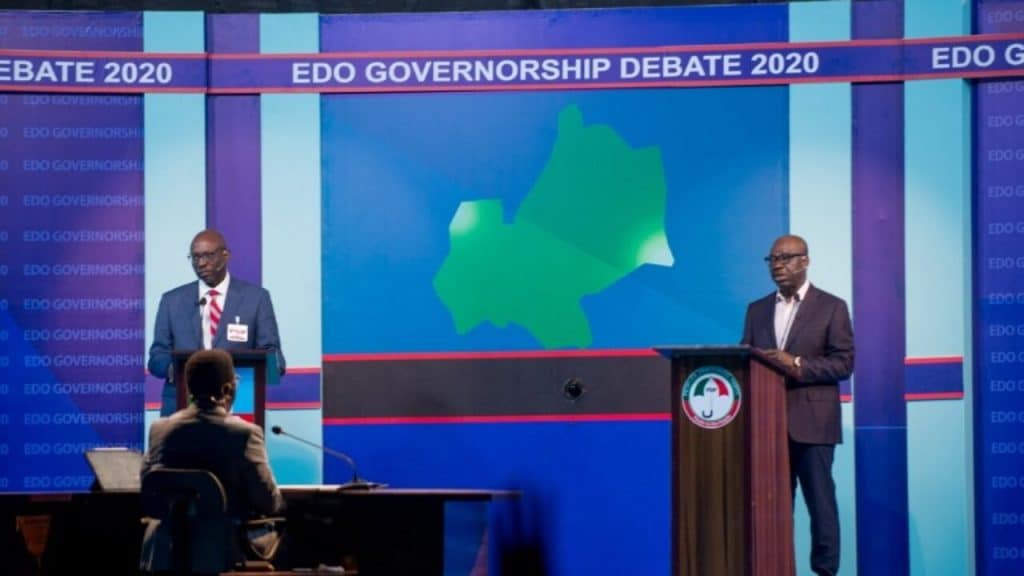 Channels Television has distanced itself from the infographic display of results currently making rounds on various social media platforms about the result of the Edo State governorship election debate.

After the debate was concluded, some infographic displays, claiming to be the official results of the debate started making rounds on social media.

However, the station has now come out to disown the images which suggested Edo State Governor, Godwin Obaseki defeated Osagie Ize-Iyamu in the state governorship debate.

The images suggested that the governor scored 76.3% points while Ize-Iyamu garnered 23.7% points, but Channels TV has denied releasing the images.

“DISCLAIMER! Channels Television has no link with these graphics and the content contained in them,” the TV station tweeted.

Naija News recalls the Independent National Electoral Commission (INEC) has fixed Saturday, 19th September 2020 as the date for the conduct of the Edo governorship election.