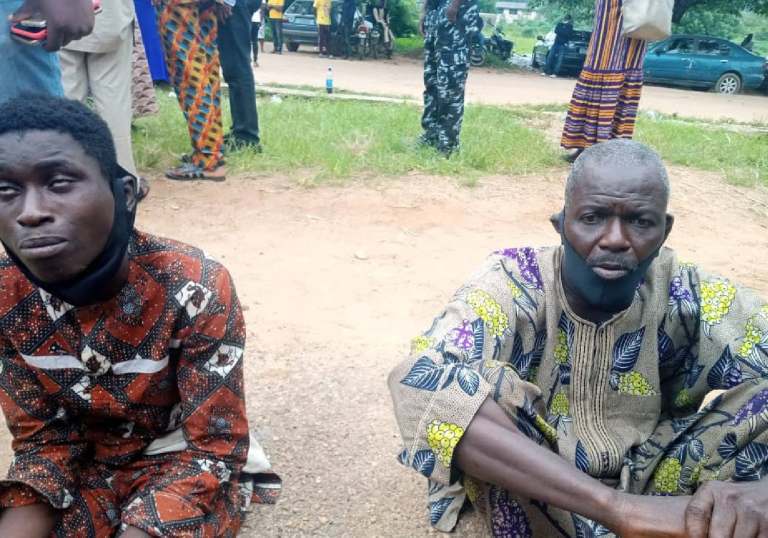 Rearrested ‘Ibadan serial killer’, Sunday Shodipe, has revealed that he embarked on a killing spree based on the orders of an herbalist who has detained with him.

The police on Sunday re-arrested Shodipe, the prime suspect in the serial killings in the Akinyele Local Government Area, Oyo State.

Shodipe’s re-arrest was confirmed on Sunday by the Police Public Relations Officer in the state, Mr Olugbenga Fadeyi.

The suspect, who was alleged to have killed up to five persons, escaped from Mokola police station on Tuesday August 11.

Oyo Commissioner of Police, Chuks Enwonwu, had placed a N500, 000 bounty on the suspect.

The Inspector-General of Police, Mohammed Adamu, had also dispatched additional investigative aids to Oyo State, including crack detectives to track down the fleeing serial killer.

After his re-arrest, the 19-year-old serial killer confessed to killing another woman, Mrs Oladeji Funmilayo, after his escape from police custody last Sunday.

The suspect, during his parade alongside other 32 criminals by the Oyo State Police Commissioner, CP Joe Nwachuwu Enwonwu, confessed that he escaped from police custody in order to get more blood to appease some spirits tormenting the life of the herbalist with whom he was in detention.

He said the herbalist who was detained with him ordered him to escape from the cell to shed more blood to appease spirits tormenting him.

“The herbalist with whom I was detained told me to escape from detention to provide blood to appease some spirits who were sucking his (herbalist) blood since he could no longer get access to hard drinks and other ingredients like colanuts, alligator pepper which he was using to offer sacrifice in the cell,” Shodipe said.

On how he went back to Akinyele area to kill the woman, he said: “After I escaped from Mokola Police cell in Ibadan, I went to do what Baba Adedokun asked me to do to save him from dying.

“I went from Moniya where I used to live to Akinyele and used an object to hack the woman. Blood gushed out and I recited what Baba always said I should recite, mentioning his name. I disappeared as usual but did not know whether the woman died.”

“I don’t have any charm. I don’t know what Baba Adedokun was using me for. He said it was my initial confession that kept him in detention and that if I had not confessed and mentioned his name as the person using him, both of us would have been out”, he explained.