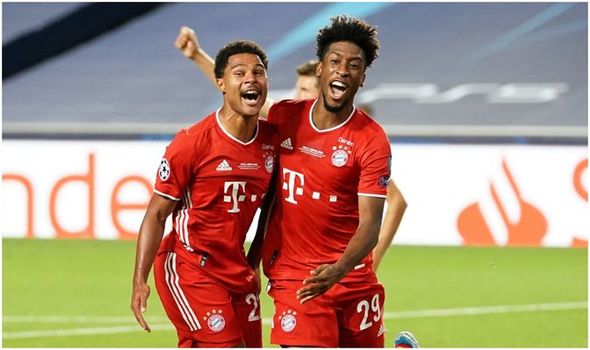 Naija News reports that the game ended 1-0 to Bayern in Lisbon, Portugal on Sunday night.

Kingsley Coman, a former PSG youth player, scored the only goal of the match for the German side, 59 minutes into the match, to gift Bayern Munich their sixth UEFA Champions League title.

Hansi Flick’s side are just the third team in the history of the competition to reach that mark, with Real Madrid out ahead on 567 goals and Barcelona second on 517.

The win also gives the Bavarians their second treble in eight seasons.