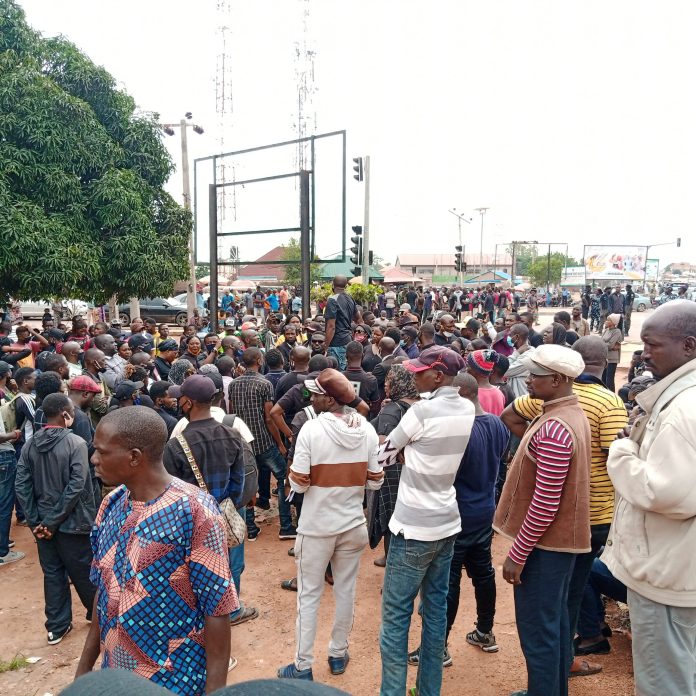 Students in Benue State on Monday took to the streets to protest massively against killings by suspected Fulani herdsmen.

The protesters called on the government to kick out Meyitti Allah Vigilante Group from the state.

They were heading to Government House Makurdi as at the time of filing this report.