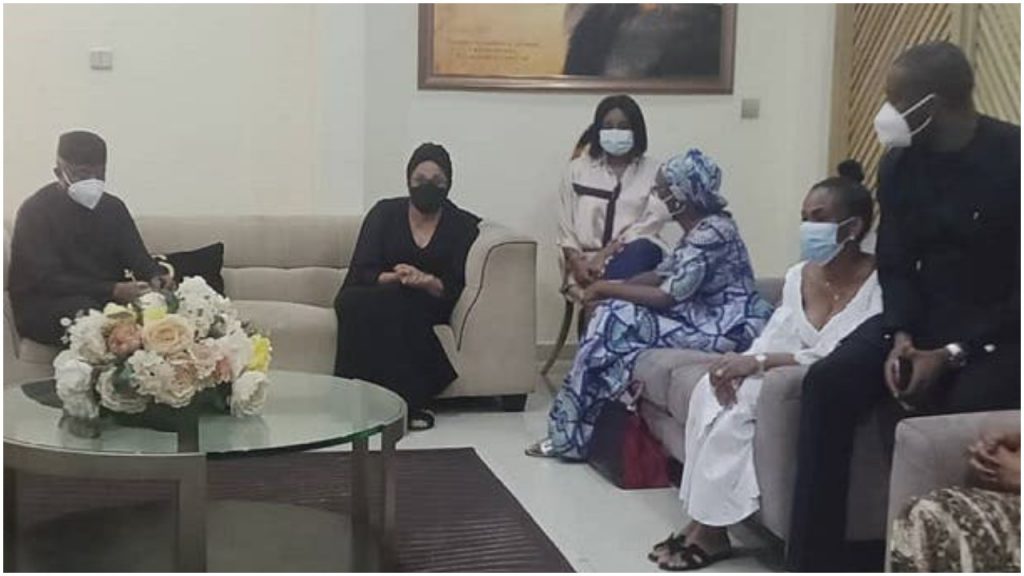 The Vice President and his wife, Yemi Osinbajo, on Saturday, paid a condolence visit to the wife of the former Governor of Oyo State, Abiola Ajimobi, Mrs Florence Ajimobi.

Recall that Naija News had earlier reported that the former Governor died in a Lagos hospital at the age of 70.

The former lawmaker who until his death was the acting Chairman of the ruling All Progressives Congress (APC) died in June this year.

Since the report of his death broke out, the Vice President has not paid the family a visit.

Since then, Osinbajo has not paid a visit to the family, DAILY POST learnt.

But, Osinbajo has however on Saturday paid a condolence visit to the widow, Florence and other members of the Ajimobi family.

Osinbajo was in the company of his wife, Dolapo and the deputy governor of Oyo state, Engineer Rauf Olaniyan to visit Ajimobi family at the Oluyole residence of the former Governor.