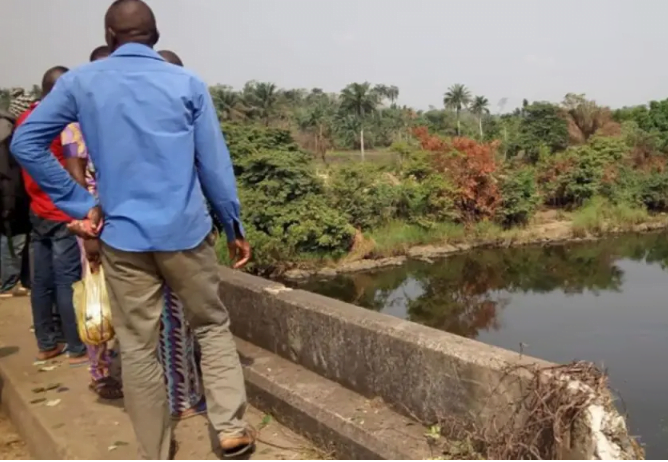 Delta State Police Public Relations Officer, DSP Onome Onovwakpoyeya has confirmed to newsmen the death of an assistant captain of a ship in Delta State river.

According to the report, the lifeless body of the unnamed assistant captain of a ship was found on a flowing river in Agge community in Bayelsa State.

It was reported that there were machete cuts all over the body of the deceased who was said to be on board a ship with eight other crew members before he went missing on Saturday, August 1. Naija News learned that remain of the assistant captain was later found on Monday, August 3

Further investigation confirmed that the ship is owned and operated by “Sterling Global”, and was conveying crude products from Patani to Kwale area when the Captain went missing before they arrived Abboh community in Ndokwa East Local Government Area of Delta State.

Speaking on the incident when contacted by newsmen, Onovwakpoyeya said, “The report we had is that at the time the ship was about to move, they discovered somebody was missing but whether the man was killed, I cannot tell you that.”

Naija News understands that the Captain of the ship has been arrested and detained at the Abboh Police Division, while the other seven persons in the ship are said to be on the run.

Meanwhile, two young men suspected to be responsible for the abduction of four persons returning from a burial ceremony in Enugu State have reportedly escaped from a police checkpoint.