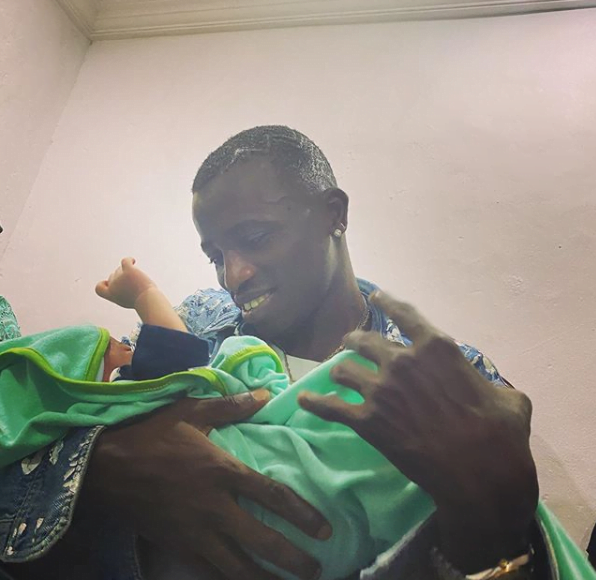 He announced the development on his Instagram page on Saturday morning with photos of himself and the newborn baby which he named after his boss, David.

Names of the bouncing baby boy were revealed as ‘DAVID AYOOLA OLUWASEUN,’ see below the posts and photos;

The good news is coming a few days after Aloma signed an ambassadorial deal with JeroidNG, a firm that reportedly assists with the buying and selling of cryptocurrency.