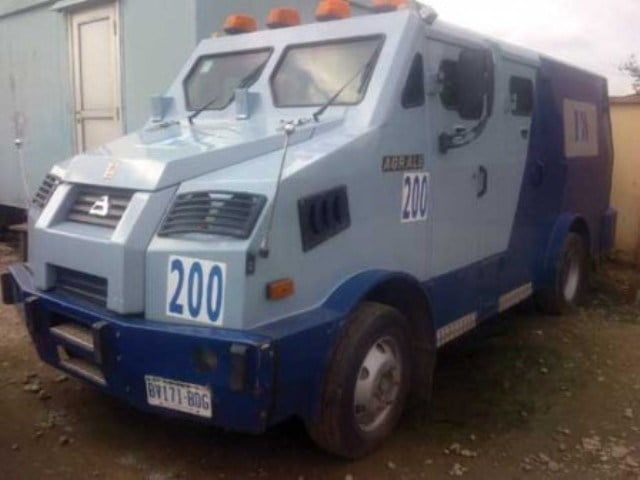 Some daredevil gunmen on Wednesday, attacked a bullion van moving from Enugu State to Abakaliki, the Ebonyi State capital.

Four policemen were killed during the attack which occurred at Ezzamgbo Junction in Ohaukwu Local Government Area of Ebonyi state.

Similarly, two other policemen who were also part of the escort team were seriously wounded.

According to reports, the robbers first attacked the escort van conveying the policemen, and then shot at the tyre of the bullion van.

The driver of the bullion van however managed to escape from the scene and drove the vehicle towards a military checkpoint, forcing the gunmen to withdraw.

The incident was confirmed by the Ebonyi state commissioner of Police, Phillip Maku who added that a search has been launched to arrest and prosecute the gunmen who carried out the attack.

“They damaged one of the tires of the bullion van, but the driver was able to escape with the van. They could not give a chase, as the driver drove towards the military checkpoint ahead,” Maku said.