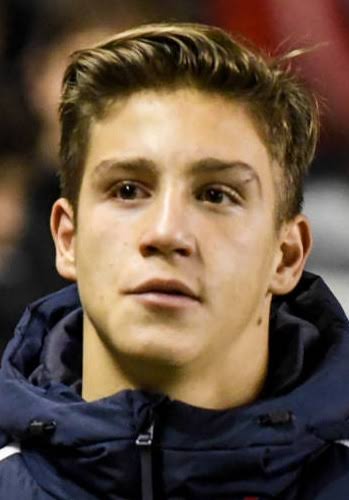 Barcelona football Club have completely  the signed Spainsh highly teenage star Fabian Luzzi on a three-year contract with the option of an additional two seasons.

Naija news understands  that the highly acclaimed youngster chose the Catalan side over their arch-rivals Real Madrid with the club now confirming that the 16-year-old has signed a three-year contract.He is expected to  start off his career with the ‘B’ squad where he would train to earn a spot in the first-team alongside fellow youngster Ansu Fati.

However, last month ESPN claimed Madrid had pulled out of the race due to finding out how much their El Clasico rivals were willing to offer for the teenager – believing competing with the fee would break their wage structure for younger players.

Luzzi had not yet made his first team debut at Rayo, who are in Spain’s second division, but has been training with the first-team squad in recent months.

The forward was capped at Under-16 level by Spain earlier this year and since celebrating his 16th birthday, he has been allowed to negotiate with other clubs