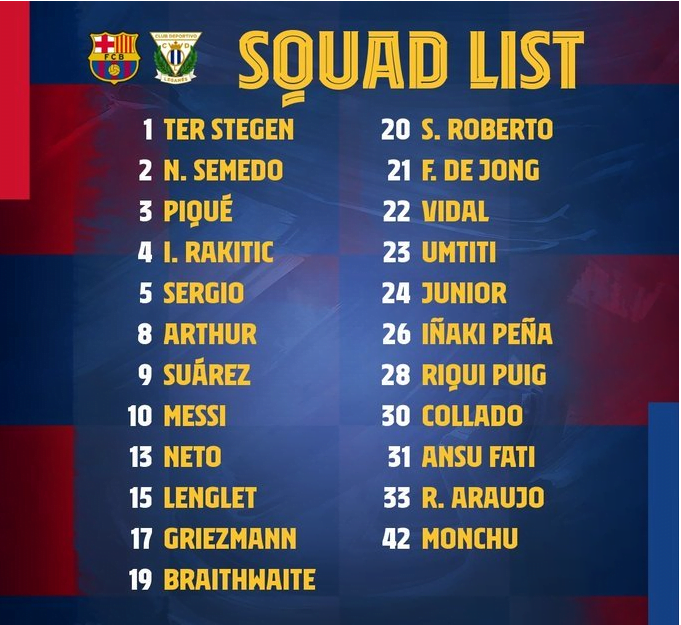 La Liga champions, Barcelona has revealed their squad list to clash with Leganes on Tuesday’s at Camp Nou.

Barcelona head to the game after their 4-0 victory over Mallorca on Saturday.

The La Liga champions are currently on top of the La Liga table with two points ahead of second place, Real Madrid.