Ondo State civil servants have threatened to go on strike over the refusal of the Rotimi Akeredolu administration to pay accumulated salary arrears.

Naija News reports that the Ondo workers stated this in a letter to the state governor.

In the letter signed by the union’s Chairman, Olubunmi Fabunmi, and Secretary, Olomiye Kehinde, the workers under the Joint Public Service Negotiations Council asked Akeredolu to pay their outstanding December 2016 and 2017 salary arrears.

They are also asking the government to pay their 2018 and 2019 leave bonuses including their salary deductions from February to June 2020.

The Ondo workers fixed next week Wednesday to down tools if their demands were not met. 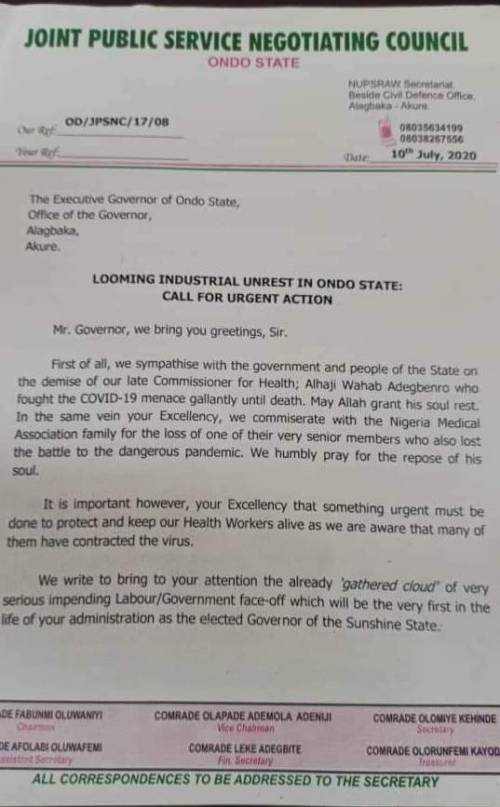 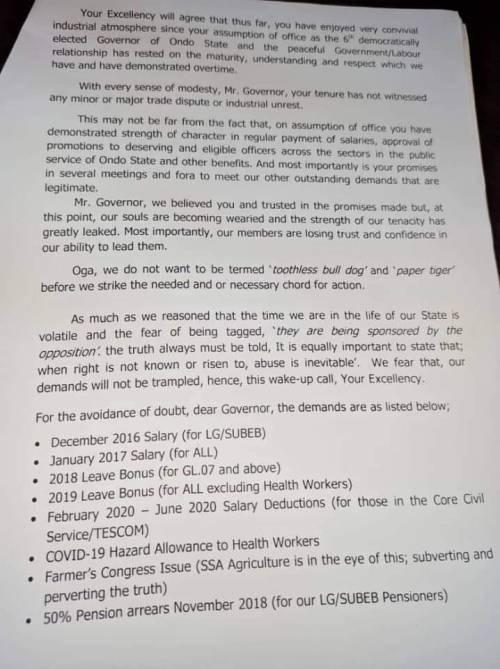 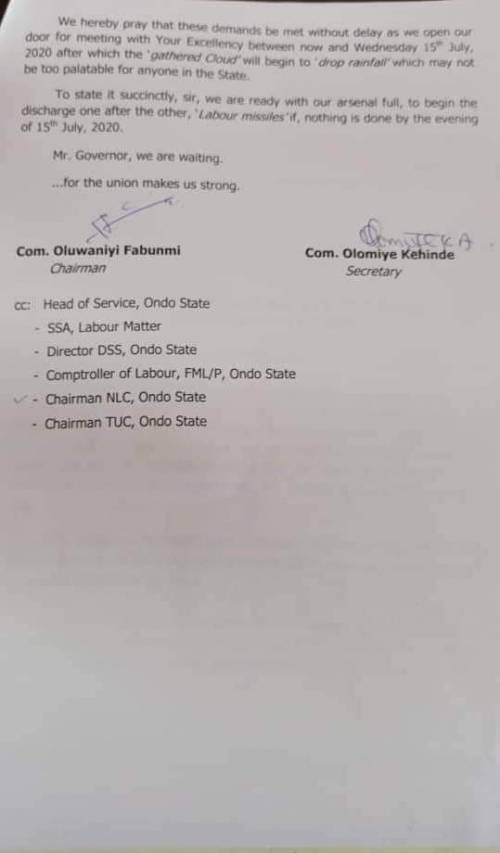