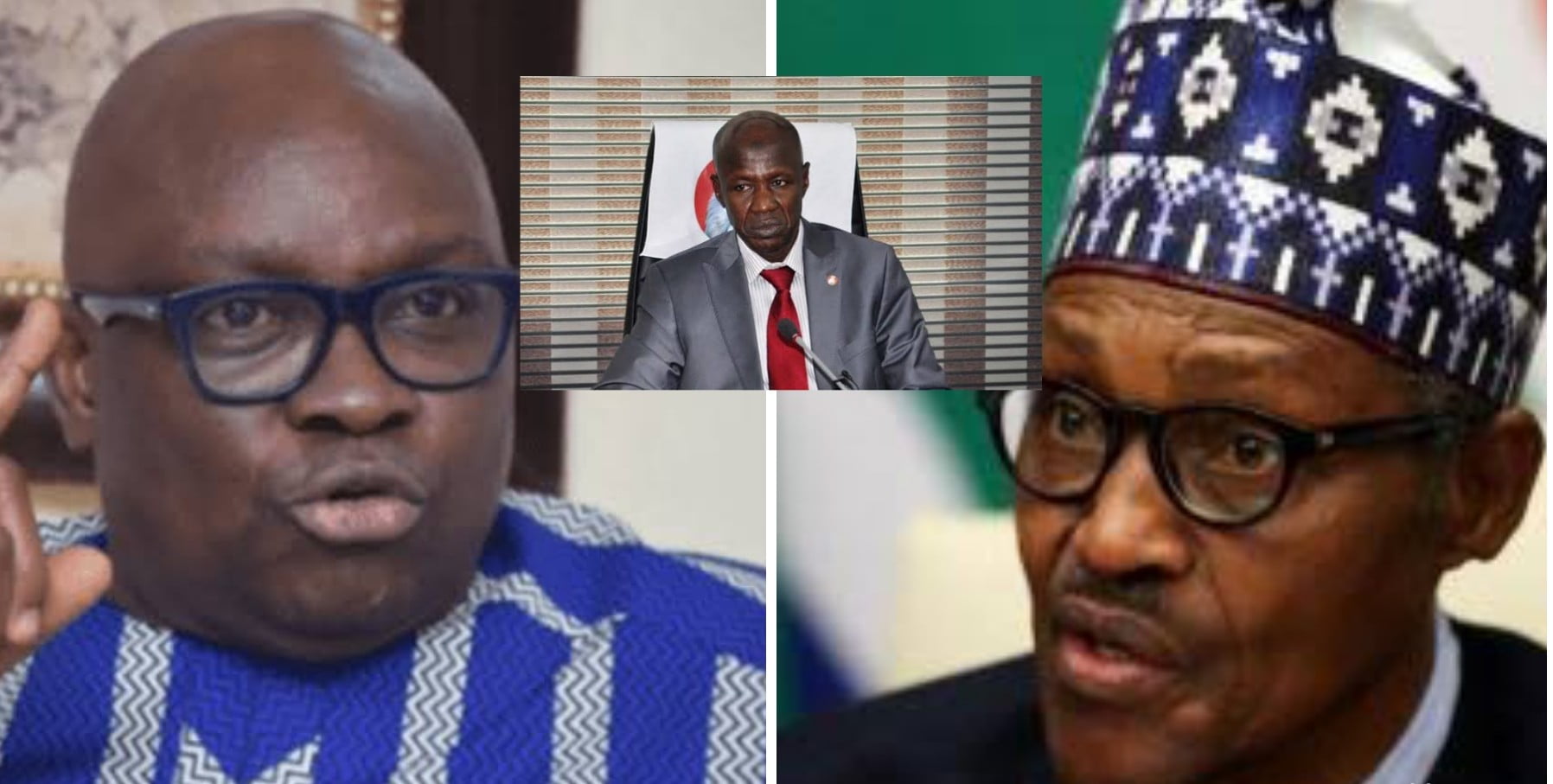 The immediate past governor of Ekiti State, Ayodele Fayose, has urged President Muhammadu Buhari to order an investigation into the sales of properties seized by the Economic and Financial Crimes Commission (EFCC) under Ibrahim Magu, the suspended acting chairman of the anti-graft agency.

“Those recovered loots that were re-looted must be re-recovered”, Fayose said on Friday in a statement issued by his spokesman, Lere Olayinka, adding that the ongoing investigation will be incomplete without digging into “who bought what and how they were sold.”

Naija News reports that the former Ekiti Governor maintained that the sole aim of the probe must not be to remove Magu from office, adding that Nigerians are interested in the identities of buyers of the properties seized by EFCC and how they were sold.

His words; “Nigerians must know the beneficiaries of the seized properties and how they were sold because most of these properties were bought by associates of Magu, including some so-called human rights lawyers.

“These human rights lawyers were his promoters and today, they are the ones defending him because they know that if this investigation goes deeper than just looking for what Magu did wrong so as to remove him from office, their own dirty secrets will be revealed for Nigerians to see.

“This investigation must not end up as their usual paddy-paddy arrangement. It should not end up as a tool just to remove Magu because removing him will not be enough, the loots already relooted must be re-recovered and those who re-looted the loots brought to book.

“Also, those holding money and properties in trust for Magu as well as those who must have helped him to launder money must be revealed.”