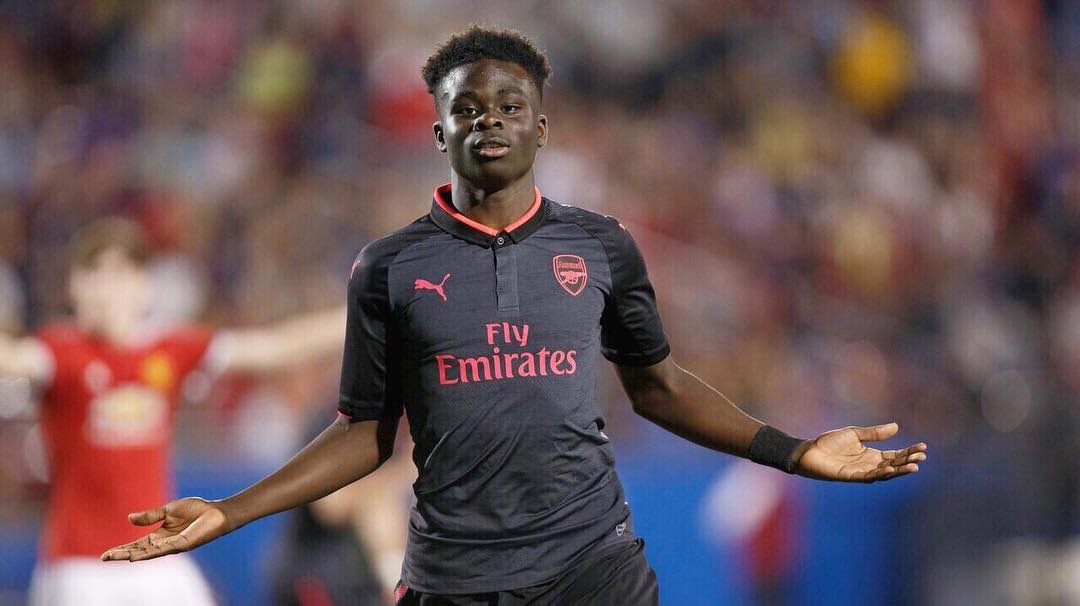 Arsenal has confirmed that 18-year-old winger, Bukayo Saka has signed a new deal with the club which extends his stay at the Emirate Stadium.

The deal was confirmed on Wednesday, July 1 after the player committed his long term future to the London club.

The player also confirmed the deal in a tweet where he noted he was happy to continue his career at the London Emirates Stadium after starting his career with Arsenal’s Hale End academy.

He tweeted: “London is my home. Arsenal my team. I’m so happy to finally announce my contract extension. I love playing for this club and I’m looking forward to what the future holds.. The hard work continues so I can continue living my dream. God is Great !!’

The player also apologized to fans of the club that it took a long time for him to sign a new deal, adding that now that the deal has been signed, it’s time to get results on the field for the club.

“I just want to say that I’m sorry it’s taken this long, you know,” Saka told Arsenal Digital. “I’ve seen how much it means to the fans.

“Over this time I’ve seen how passionate they are, how loving they are and it just means everything to me that I can make them happy. I just hope I can continue to do that.

“I want to thank them for their ongoing support. It means a lot to me. I hope this news makes them really happy that I’ve signed and extended my contract, I’ve signed da ting, made them happy!

“I just promise that me and the team are going to try, going forwards, to give them much more to be happy about.”

Arsenal manager, Mikel Arteta also told the club’s official website: ‘Bukayo is a talented and intelligent young player. He has impressed me with his work ethic and attitude to learn and adapt, and it has paid off in his performances.

‘I am excited to continue working with him to develop him further, and for him to help us achieve our goals.

Arsenal are up against Norwich at the Emirates Stadium on Wednesday – their first home game since the Premier League resumed following the forced Coronavirus break.