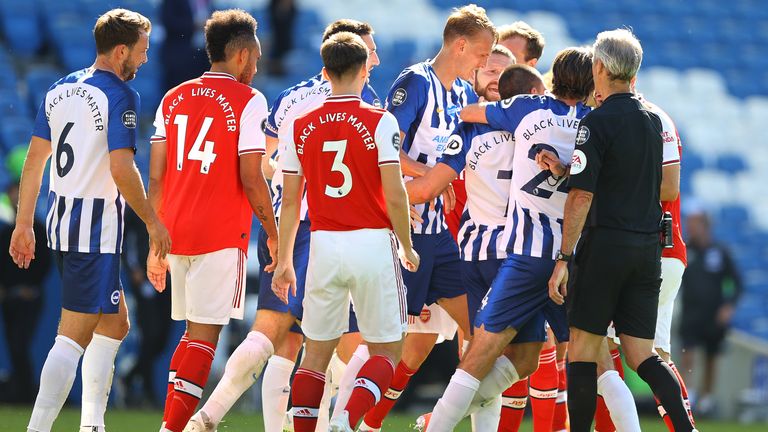 Naija News reports that the Gunners who lost to Manchester City during the week also went down to relegation battling Brighton and Hove.

Arsenal a taken the lead through a sublime finish from Nicolas Pepe in the second half at the Ammex Stadium.

However, Lewis Dunk forced the ball in for 1-1, before Neal Maupay, who had Clashed with Arsenal goalkeeper, Berd Leno, grabbed the winner late on for the host.

Reacting in a post on Twitter, Apostle Johnson Suleman said Arteta featured a weak team against Brighton, adding that most of the players the Spaniard selected are not on premiership level.

He wrote: “It’s not about the board, please.

“Arteta has weak selections. Most of the players that were featured are not on premiership level.

“How could you lose to a team that’s in the relegation zone? For a major match, you use consolidated players, not ‘experiments’.

“When I complained about Arteta, Gunners said I should calm down,” Apostle Suleman added.