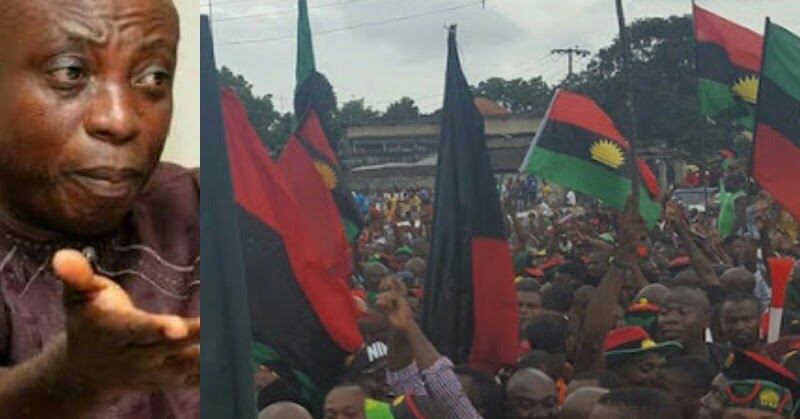 A delegation of ‘Biafran government’ led by Ralph Uwazuruike, would attend the Unrepresented Nations and Peoples Organisation’s General Assembly in Washington DC, following its admission as the 46th member-nation.

A statement issued by Biafra’s Director of Information, Chris Mocha, the President of Biafra Internal Government said the successes achieved by Uwazuruike-led MASSOB began on November 1, 1999, when it submitted Biafra Bill of Rights to UN.

According to him, the group said the people of Biafra, consisting of the five Igbo speaking states of the South East and with a large population in Rivers, Delta, Cross River, Akwa-Ibom and Bayelsa states, numbering about 40 million people, sought to be admitted, registered or, in the alternative, treated as an unrepresented nation in any of the organs of the United Nations.

A letter addressed to the late UN Secretary-General, Koffi Anan, entitled: “Application for Admission as Unrepresented Nation,” Uwazuruike’s MASSOB said world leaders and other peace-loving people of the global community, had an imperative and conscientious duty not to fold their hands and permit, what it called, the grand conspiracy of enslavement, violence and destruction against Igbo Christians to go unchecked.”

Chukwu said Biafra Internal Government (BIG), which was constituted by Uwazuruike as a prelude to achieving a sovereign, independent status of the New Biafra, was the first application and several others in recent times that prompted UN to admit Biafra as 46th member-nation of UNPO on April 22.

The President of Biafra Internal Government further disclosed that Biafra flag should be hoisted in front of the UNPO secretariat.