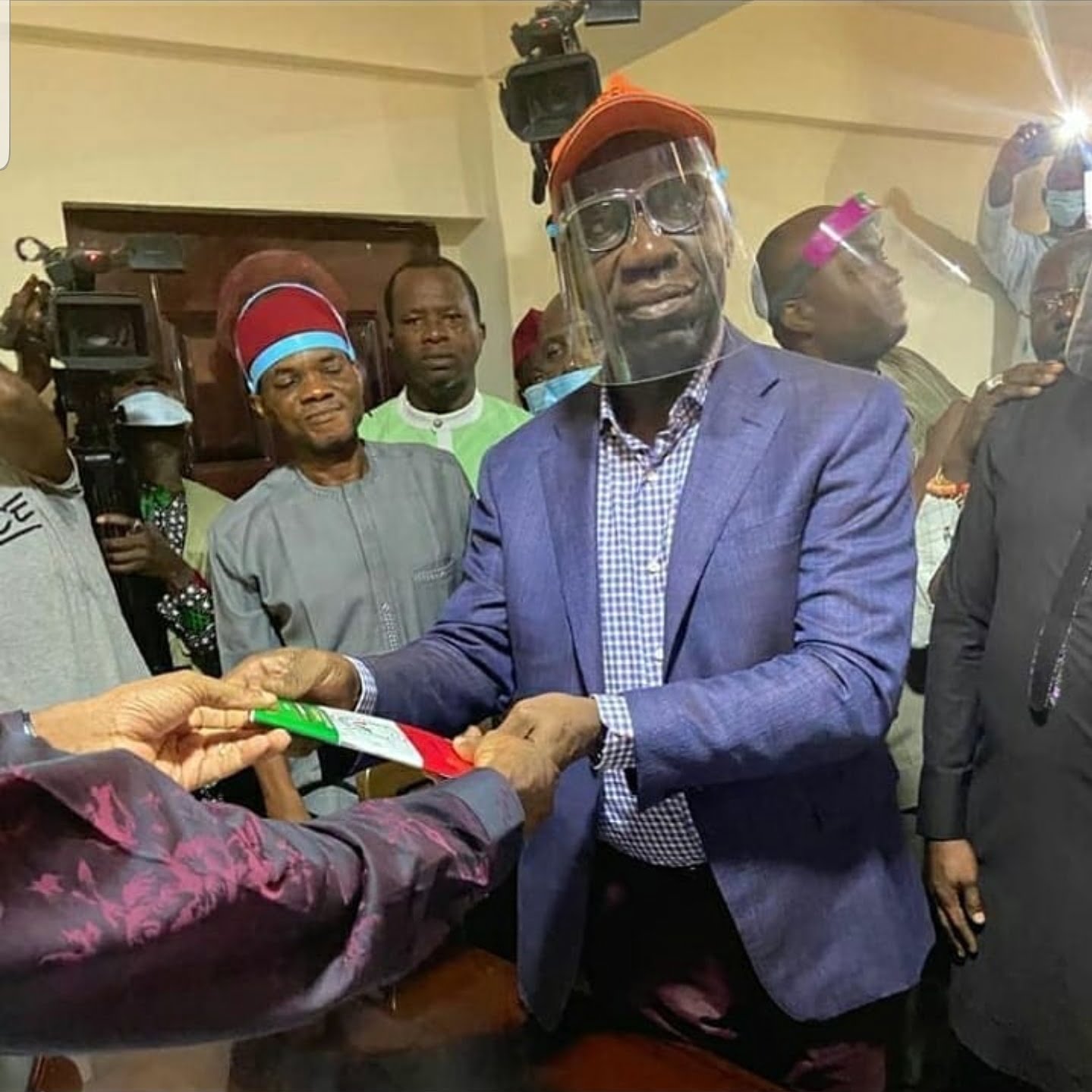 The Peoples Democratic Party (PDP) on Friday granted a waiver to Governor Godwin Obaseki of Edo state and his deputy, Philip Shaibu, to contest the party’s June 23 primary election.

Naija News reports that Obaseki, as a new member of the PDP, needed to be given clearance to participate in the primary election.

Recall that Governor Obaseki had earlier on Friday officially joined the PDP to contest the Edo Governorship election.

Obaseki was received by the leadership of the party led by the state Chairman of the PDP, Hon Tony Aziegbemi ahead of the Edo 2020 election slated for September.

The Governor arrived Edo PDP Secretariat along 1st East Circular Road with many of his followers and appointees.

The PDP confirmed the defection in a tweet on the micro-blogging site, Twitter, saying: “The governor of Edo State, H. E. Governor Godwin Obaseki has defected to our great party, the Peoples Democratic Party.

“The declaration was made this afternoon at the state Secretariat of our party in Benin city, Edo State. Power to the people.”