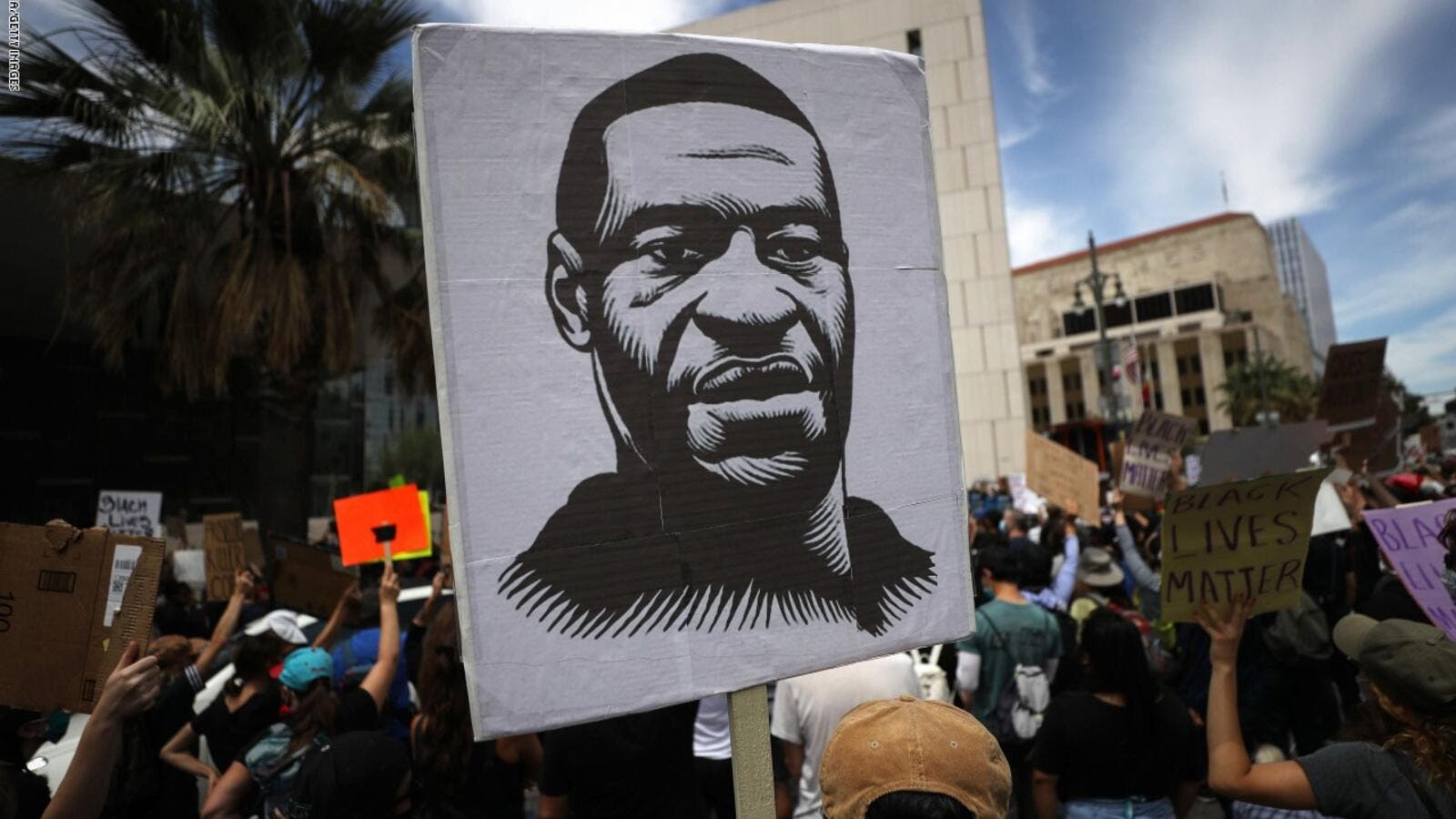 The protest against unjust treats on black people by the whites has taken another shape in Benin republic as resident native doctors of the West African country put up a ceremony to seek justice for George Floyd’s death.

It’s about a month the black American was murdered in a broad daylight by security men in the Minneapolis, Naija News recalls.

However, a ritual ceremony was held at the ancient city of Dahomey, in Benin republic to commemorate the death of Floyd and other blacks killed unjustly by the whites.

The locals, during the ceremony called for justice for other black people murdered unjustly in the United States, including Trayvon Martins, Michael Brown, Botham Jean, and Ahmaud Arbery.

Young men and women, the old aged could be seen in whites and multi-coloured attires during the event, dancing and chanting Floyd’s name while they serve the gods with chickens, a ram and as well sprinkled its blood around the altar where Floyd’s frame is also placed.

Meanwhile, Naija News had reported in another news earlier that an officer of the Nigerian Police Force (NPF), attached to Akwa Ibom State Police Command has been dismissed from duty over alleged involvement in cultist activities in the state.