EFL: Pep Is Stepping Down From His Role As Head Coach - City Reveals | Naija News 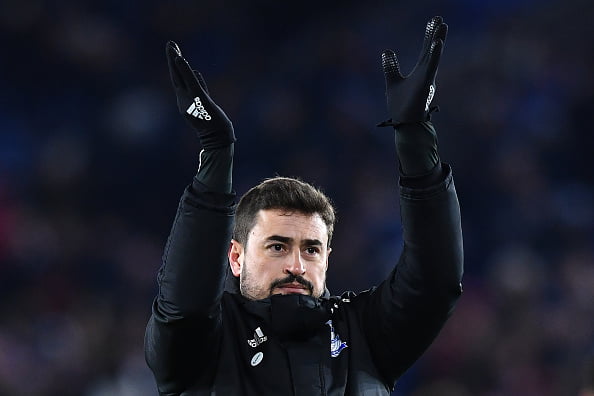 Two years after joining the English Football League Championship, EFL, club, Pep Clotet who heads the Birmingham City is reportedly exiting the St. Andrew’s stadium at the end of the summer to look out for other chances.

According to the report made available on the City website a few moments ago, the 43-year-old manager has declared his interest to vacate his role as head coach of the club. Naija News understands that the Spanish coach had joined the club in 2018 as a caretaker coach and later in the following year became the club’s head coach.

Pep in his remark appreciates City for giving him their full backing in leading the club thus far. He further noted that his decision to leave the club wasn’t as easy as it looks, however, he is grateful for being part of the club’s success story to this moment.

City’s statement on its official website reads, “Pep Clotet has decided to step down, and the club has agreed to allow the 43-year-old to explore other coaching opportunities,”

On his part, Birmingham City CEO, Dong Ren said: “Pep will depart with our very best wishes. Pep came in as a colleague, but he’ll leave as a friend with our gratitude.”

“He has done a very good and thorough job for us and has been professional throughout, always putting the club before himself.”

“It’s been a really difficult decision to take because it is a privilege to be part of the Blues family,” said Pep while speaking with the club’s officials.

He added, “I am very grateful to the club, its board and the supporters for placing their faith in me to lead the team this season.”

Meanwhile, Portuguese International footballer and Juventus striker, Cristiano Ronaldo has again bagged another record in his career as he beats other sportsmen to earn $1 billion, Naija News reports.