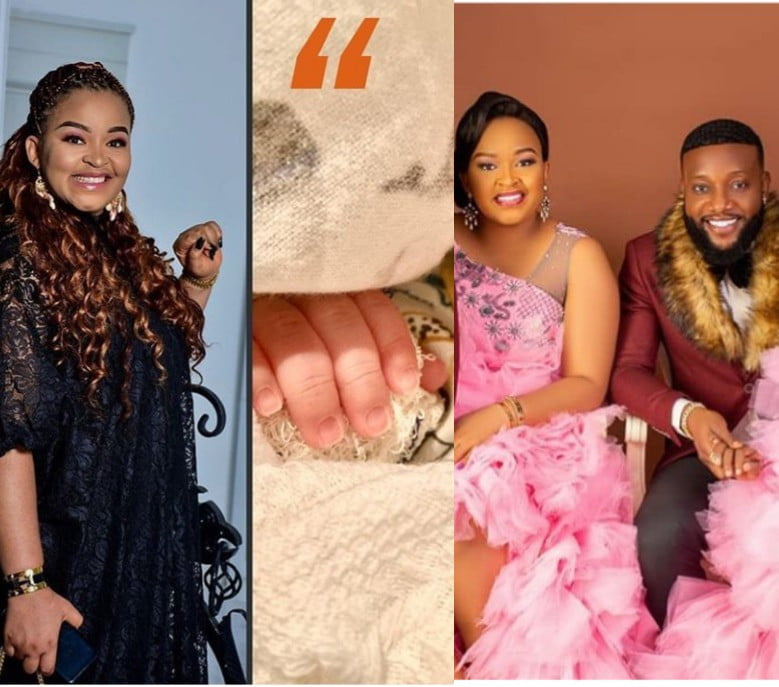 Nigerian singer and songwriter, Kingsley Chinweike Okonkwo, better known as Kcee, has announced the arrival of a baby boy with his wife, Ijeoma.

The baby’s arrival was announced by Kcee himself who noted that the baby arrived on the same day his wife is celebrating her birthday as well.

The newborn baby is the singer’s third child with his wife Ijeoma.

Kcee wrote: “When counting the luckiest people on earth I count myself first, my wife just gave birth to a bouncing baby boy (King Kwemtochukwu Okonkwo) today which happens to be her birthday. The mother, the father, the newborn baby, Kanye, Sommy and off course his favorite uncle @iam_emoney1 are all doing very well. You all should pls help me wish @misseijay a happy birthday and ask her what she wants as her birthday gift cos money no be problem. God is the greatest no.”

Naija News reports Kcee is the elder brother to E-money.

Meanwhile, this online medium previously reported that Emeka Okonkwo aka E-Money has been dragged into messy water of alleged mismanagement of public personnel.

The billionaire was said to have drawn the ire of the police boss for using policemen like domestic servants.

It was gathered that IGP Mohammed Adamu directed the Lagos Police Command to commence an investigation into the young billionaire’s sources of income following allegations that he used his police escorts like domestic servants.