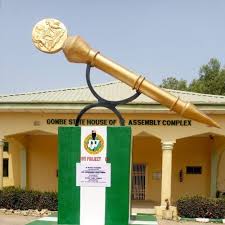 Some day after a number of protesters numbering about 20 trooped out of the center and occupied the Federal High road which links Gombe to Borno State, The lawmakers within the province have requested an in-depth investigation of why such an event occurred.

Speaking about the protest,  The Speaker of the State Assembly, Abubakar Kuba, who gave the directive on the floor of the House, said that the lawmakers want to know what led to the protests and what action has been taken to resolve the issues.

However, Briefing journalists earlier today, Chairman of the Task Force, Idris Mohammed who has been summoned by Lawmakers said that the committee would provide any information on the incident, noting that they have nothing to hide.

Naija News recalls that the COVID-19 patients currently at the isolation center disclosed that the care they are getting at the facility is poor and added that the officials are not telling members of the public the true situation of things.