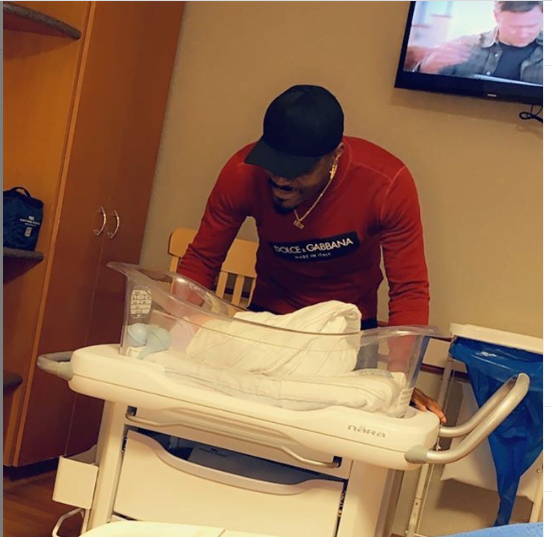 Former Nigerian international footballer who played as a forward for the Super Eagles, Emmanuel Emenike has on Friday, March 13 announced that his wife, Iheoma Nnadi, has delivered another child.

Naija News understands that the newborn baby makes the second child the former beauty queen is having with her husband.

It could be recalled that Emenike got married to his wife, Iheoma back in May 2018.

The joyful husband and father today took to his Instagram page to make public the birth of their second child.

In another news, Naija News had reported that Nigeria Football Federation (NFF) has denied reports that former Super Eagles captain, Daniel Amokachi was appointed Head of its Technical Department.

This was made known in a statement on Wednesday by the NFF Director of Communications, Ademola Olajire.