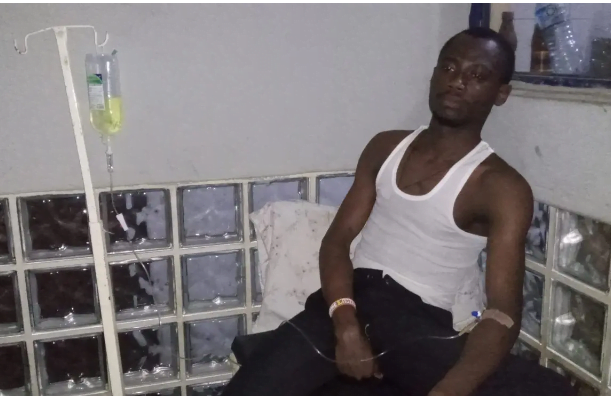 The younger brother to the General Overseer of the Living Faith Church, Bishop David Oyedepo, Gideon Oyedepo, has been accused of assault by a member of the church in Edo State, Nosa Aigbogun.

Aigbogun a member of Winners Chapel called on security agencies in the state to come to his rescue over the continuous harassment of some of their members.

Nosa Aigbogun while speaking with newsmen noted that he was the latest to be slapped by Gideon Oyedepo, who is the presiding/resident pastor at the church’s Uwasota Branch around Ugbowo–Lagos road.

He further stated that the pastor has become an emperor and problematic to the majority of members since he was transferred to the branch as a resident pastor.

According to him, “I want concerned authorities to rescue/save us from him. We have received enough slaps. We are begging his elder brother, Bishop David Oyedepo to save us from the overnight emperor before it’s too late.”

“Since his arrival in our branch, he has slapped two persons, and he keeps saying nobody can do him anything. ‘Bros just look at my body, see my back. He has turned the branch to something else.”

“He called for a unit meeting on Sunday, and I was part of those that attended. He was talking about how he will dissolve the unit, all of a sudden, he just turned to me and started calling me devil, idiot, saying that was how I kept the pin mic, and he couldn’t find it.”

“Before you know it, he just slapped me, and he said I cannot do him anything and that he has been planing to deal with some of us in the church. His P.A joined him, although I wanted to retaliate other unit members pleaded and I succumbed. But today, on his instruction, his P.A went and brought soldiers who claimed they were from supply and transport (S&T) barrack.”

“It was a legal friend of mine that saw them before me. He just alerted me that I should run that P.A was coming with soldiers. I had to hide, but they searched and located me. All they could say was that I should follow them. When I asked where they were from, they bounced on me and roughly handled me with the instruments they came with and beat the hell out of me. I have reported the case to Okhoro police station, all I want is justice,” he added.

According to Daily Post, effort to reach the presiding pastor of the Living Faith Church, Uwasota were unsuccessful as he refused to reply all calls and messages sent to his phone.