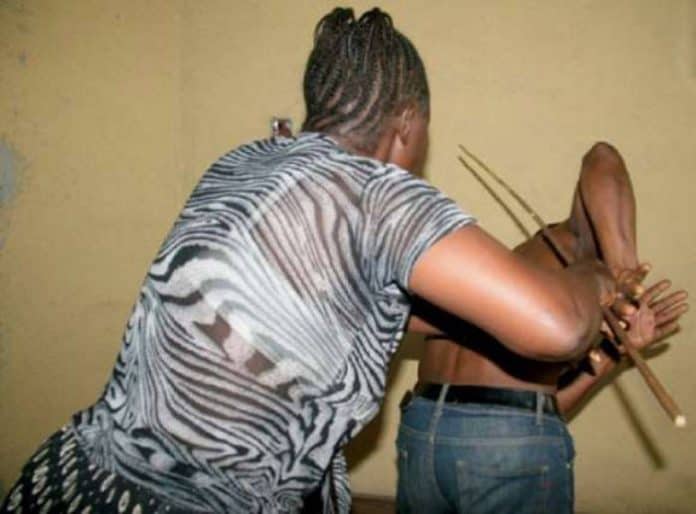 An unrecognized mother has been arrested by the Lagos State Government for inflicting injuries on her 12-year-old son in the course of beating him.

The government took up the case after the picture of the boy covered in his own blood surfaced on Facebook.

According to the Director, Directorate of Citizens’ Rights, Mrs. Biola Oseni, on Monday the incident happened on Sunday in the Agege area of the state.

She said after seeing the picture of the bloodied boy on Facebook, officials of the directorate traced him to No. 64 Moricass Road, Agege, where he was rescued.

She said further that the officials did not meet the mother of the child at home but later found her in the neighbourhood, where she was arrested and taken to a police station.

The woman will be charged on Tuesday, March 3, 2020 (today), while the boy will be taken to the Ministry of Youth and Social Development for necessary action and be placed in one of the government’s facilities.