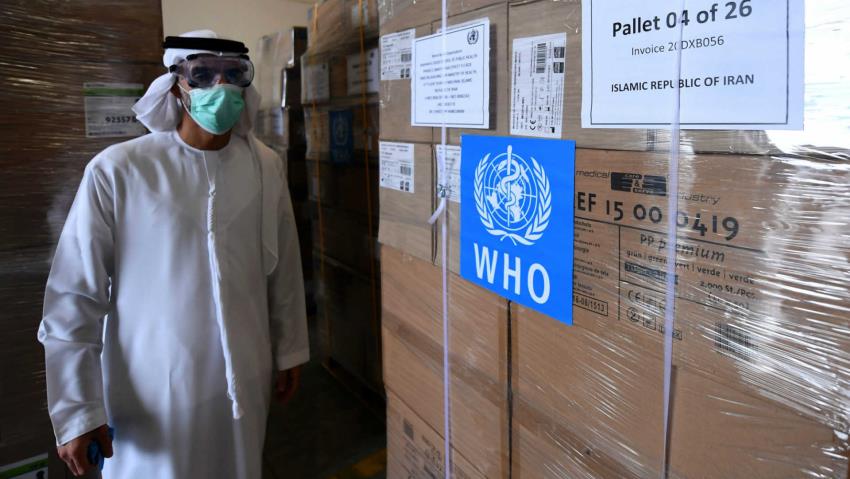 The World Health Organization (WHO) on Monday has sent its first plane load of assistance to Iran to help fight coronavirus as the death toll rose to 66.

According to Robert Blanchard in Dubai, six medics have been dispatched along with medical equipment and supplies such as test kits abroad to support health care workers in Iran.

Blanchard said the supplies that were loaded onto the United Arab Emirates military transport plane worth more than $300,000 including gloves, surgical masks and respirators.

He said further that the six medical teams are made up of doctors, epidemiologists and laboratory specialists who will help the Islamic republic detect and control the virus.

Blanchard said it was the first WHO team to be sent to Iran since the crisis began.

According to the WHO operations manager Nevien Attalla, about 15,000 health workers in Iran would benefit from the supplies which were the first big shipment which supports the response to coronavirus.

Some 129 cases have been confirmed across the UAE, Bahrain, Kuwait, Oman and Qatar, many of them pilgrims returning from Iran.

Among them was Mohammad Mirmohammadi, a member of a council that advises supreme leader Ayatollah Ali Khamenei. Mirmohammadi who died in a Tehran hospital on Monday.

“Aid should reach all people regardless of their background,” Sultan Mohammed Al Shamsi, the UAE’s undersecretary for humanitarian affairs, said at Dubai’s Al Maktoum International Airport.