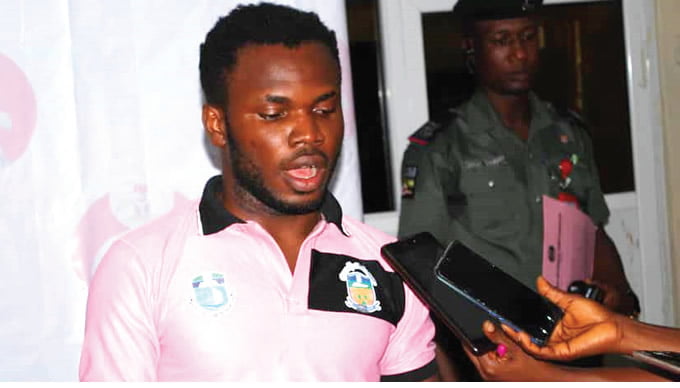 The Port Harcourt Zonal Office of the Economic and Financial Crimes Commission has arrested the blogger behind the trending picture of a crowded open cell on Twitter, Mr Dikeocha Chukwuebuka.

The zonal office of the commission, however, denied the picture and thereafter, released a picture of their office in Port Harcourt.

The Zonal Head of the anti-graft agency, Usman Imam, while speaking with newsmen in Port Harcourt on Thursday, said the suspect was arrested on Wednesday around 4 pm on the premises of a new generation bank on Ada George Road, Port Harcourt.

Imam noted that he was arrested following the vow that he track the author of the fake report on Twitter.

He noted that the tweet tarnished the image of the commission and represented the opposite of what EFCC stands for.

“I want to assure the suspect and indeed the media that the commission will follow through this investigation and ensure that justice is served in accordance with the law,” he said.

He called on social media influencers to be careful of informations they use which has not been verified in order to stop fake news.

Chuwuebuka who was remorseful admitted an error in his post, he further stated that the picture belongs to another agency.

He apologised to the EFCC and his followers for the false and misleading report.