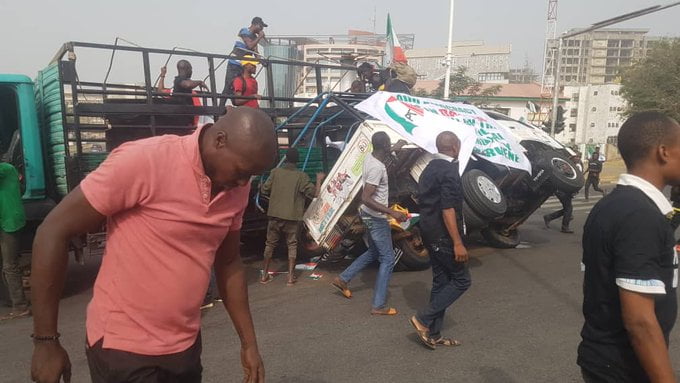 A few moments after it was reported that Members of the Peoples Democratic Party in Imo State staged a protest over court verdict on Emeka Ihedioha, some of the protesters have been involved in an accident while protesting.

Two cars allegedly rammed into each other at the Transcorp Hilton junction, while the protest was ongoing in Abuja. 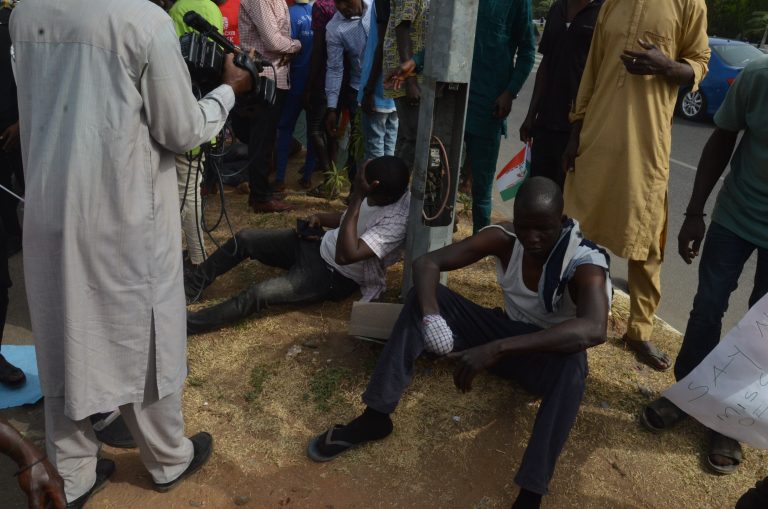 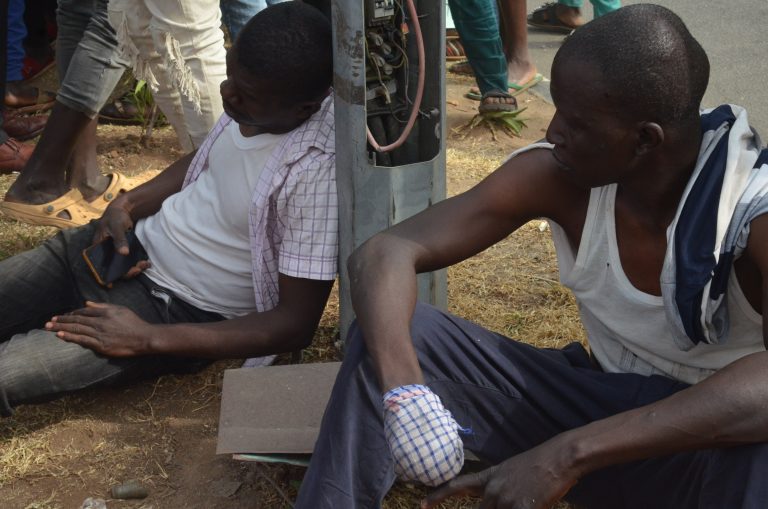