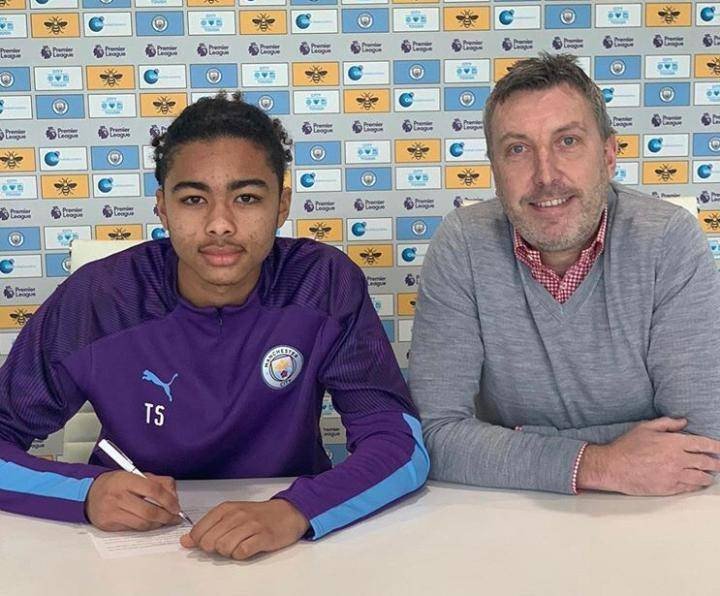 English Premier League giants, Manchester City have snapped up Leicester City defender Camron Gbadebo after the player completed a successful trial with them.

An excited Gbadebo took to Instagram to announce the development even as he expressed hope of further development at the Etihad Stadium.

“I’m so happy to announce that I’ve signed for @mancity. “Thank you to everyone that has supported me on my journey so far. This is only just the beginning!” he wrote.

The 17-year-old Gbadebo joined Leicester City in the summer of 2018, where he appeared 11 times for the club’s under-18s before Manchester City invited him to the Etihad Campus for a trial.

Though born in England, the player is with Nigerian descent and is still very much eligible to play for Nigeria.