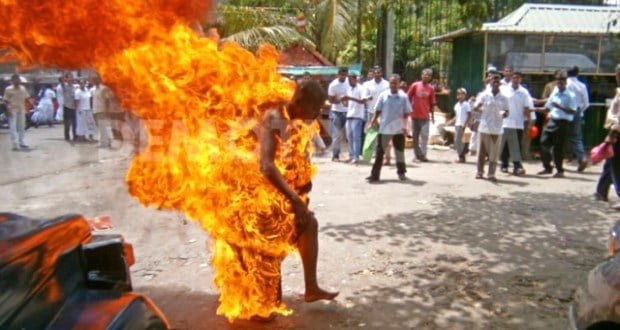 Naija News reports that the two robbery suspects were set on fire at Akai Effa, by Jehovah’s Witness junction, after the duo were forced to call their family members on the telephone to inform them that they were about to be burnt to death for attempted armed robbery before the mob lynched them.

In early October last year, Naija News obtained a report of an angry mob in Benue who set three suspected armed robbers ablaze over their alleged involvement in the robbery and serial killings witnessed in Gbaste community.

The angry mob who set the robbers on fire before police arrived the scene was said to have resorted to lynching the victims because of the brazen manner robbers were operating in the area in recent times.

However, there was no comment obtained from the state police as regards the incident at the time the report was given.