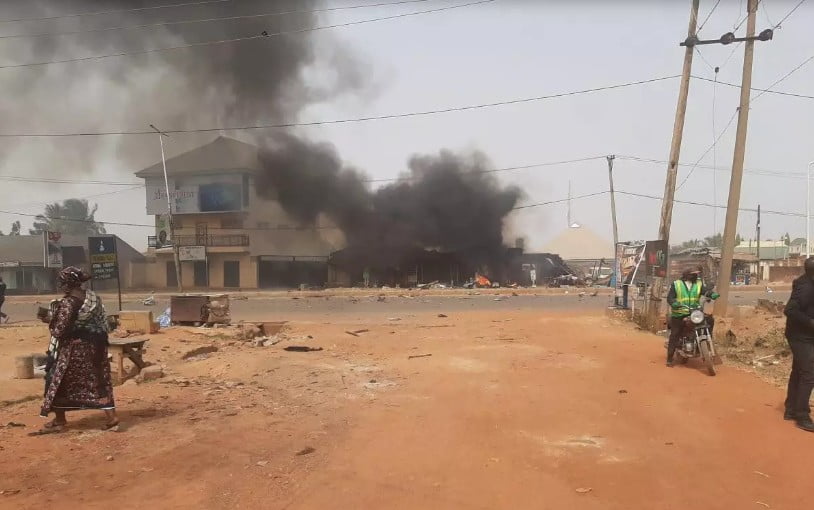 Reports reaching Naija News at this time reveals that the number lifes lost from the gas explosion that struck at a gas refilling shop along Kachia road in Sabon Tasha, Chikun Local Government Area of Kaduna on Saturday has increased to six.

The increase in the death toll from the terrible gas explosion which occurred in the early hour of Saturday, 4 January, between the hour of 2.30pm and 3.00 am, leaving several people injured and many others feared dead, was announced by the Kaduna State Police Command in a press statement on Monday.

However, the police command has refused to name the sixth victim of the disaster to the public.

Naija News understands that the gas explosion also claimed the life of the Director-General of the Nigeria Atomic Energy Commission, Prof. Simon Mallam, who was said to have gone to a barber’s shop located within the premises of the retail gas outlet when the incident happened.

The State Police Public Relations Officer, DSP Yakubu Sabo, said, “The Kaduna State Police Command wishes to update the general Public that the death toll has increased to six from the five persons already mentioned in the earlier statement.

“The Command has also in the course of investigation identified five of the deceased victims as Prof. Mallam Simon, Wale Ajayi, Daniel Peter,Victor Asoegwu, and Micheal Ernest. Properties valued at N16,402,300 were burnt in the four shops affected by the fire.”

The State Commissioner of Police, Ali Janga, expresses his sincere condolences to the families of the victims and assured the public that the Command is still investigating the root cause of the incident and will ensure justice in accordance with the law.