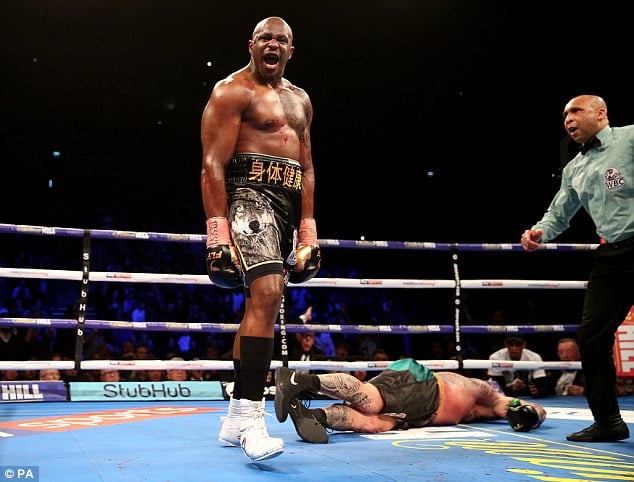 Naija News reports that claims had emerged of an “adverse finding”, surrounding his points win over Oscar Rivas in July.

However, the 31-year-old boxer had always maintained his innocence amid such claims.

In a statement released on Friday, the UKAD stated that the charges levelled against Whyte have been withdrawn.

“The charge was brought after a sample provided by Mr Whyte on 20 June 2019 indicated the presence of two metabolites of a steroid. UKAD initiated an investigation with which Mr Whyte cooperated fully,” the statement reads.

“UKAD has accepted the explanation provided by Mr Whyte and, in accordance with the UK Anti-Doping Rules, the charge against Mr Whyte has been withdrawn.

“This would ordinarily mean that UKAD would not make any public statement, in accordance with the applicable confidentiality rules to which UKAD is subject.

“However, since certain confidential information relating to this matter (including the fact of the initial charge) has unfortunately made its way into the public domain, UKAD and Mr Whyte have agreed to take the unusual step of releasing the following limited information to put an end to speculation concerning Mr Whyte’s status.

“In respect of Mr Whyte’s drug testing results, the following points are relevant:

• There is nothing in Mr Whyte’s longitudinal urinary profile to suggest that he has used steroids.

• The levels of the metabolites found in Mr Whyte’s 20 June 2019 sample were extremely low.

• Mr Whyte had provided a urine sample to VADA on 17 June 2019, i.e. 3 days before his 20 June 2019 sample, which was tested by a WADA-accredited laboratory and which returned a negative result, including for the metabolites in question.

• Mr Whyte provided several other doping control samples to UKAD and VADA between 20 June and 20 July 2019 (i.e. the date of his fight with Oscar Rivas) – all of which also tested negative.

• In light of the above points, the trace amounts of metabolites found in the 20 June 2019 sample are consistent with an isolated contamination event, and they are not suggestive of doping.”