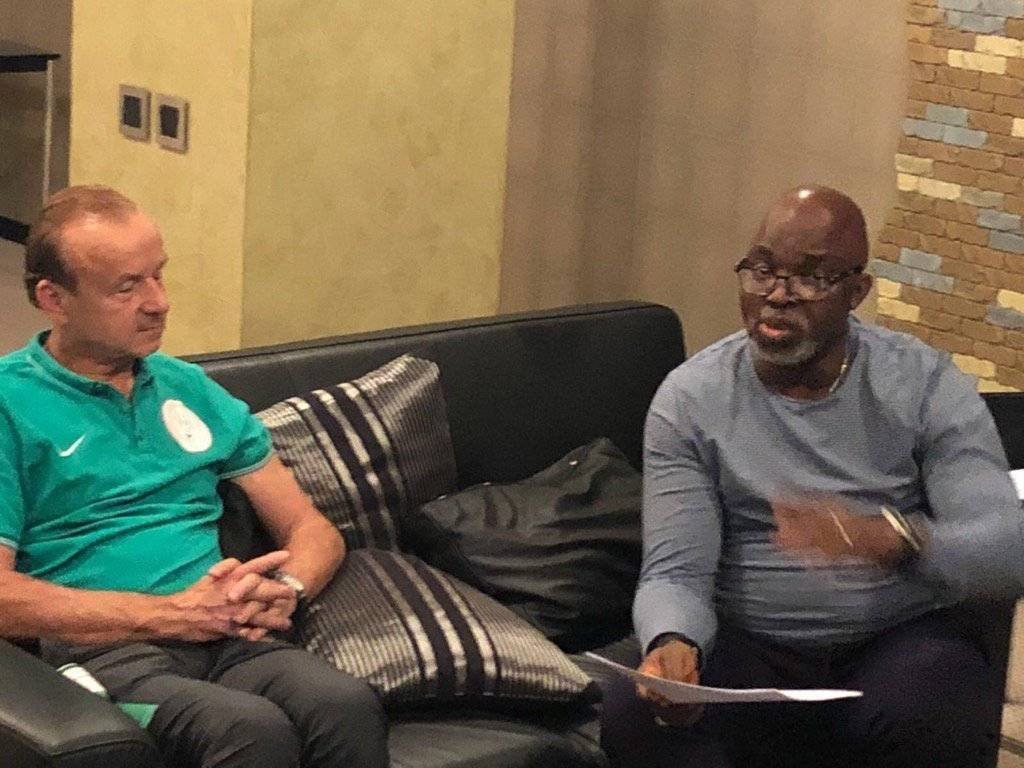 NFF president, Amaju Pinnick, has asked Super Eagles manager, Gernot Rohr to include local players into team if he wants to retain his job when his contract expires.

Franco-German tactician, Rohr who has been in charge since August 2016 when he started coaching the Super Eagles, qualifying Nigeria for the 2018 World Cup and winning Bronze at the 2019 African Cup of Nations.

His contract is due for renewal in June 2020, and Rohr has revealed he isn’t short of job offers from other national sides in Africa.