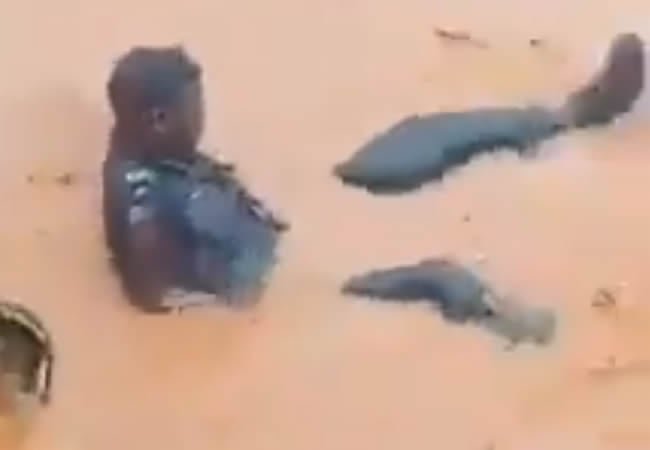 The video of a police officer drenched inside flood has caught the attention of many on the microblogging site, Twitter.

A Twitter user who posted the video noted that the police officer in uniform appears unstable while he is seen going back and forth in the flood.

A man is spotted trying to help him out of the flood which can possibly sweep him away.

@Gidi_Traffic which could reveal the identity of the police officer had tweeted: “A drunk Policeman endangering his life in the flood.”