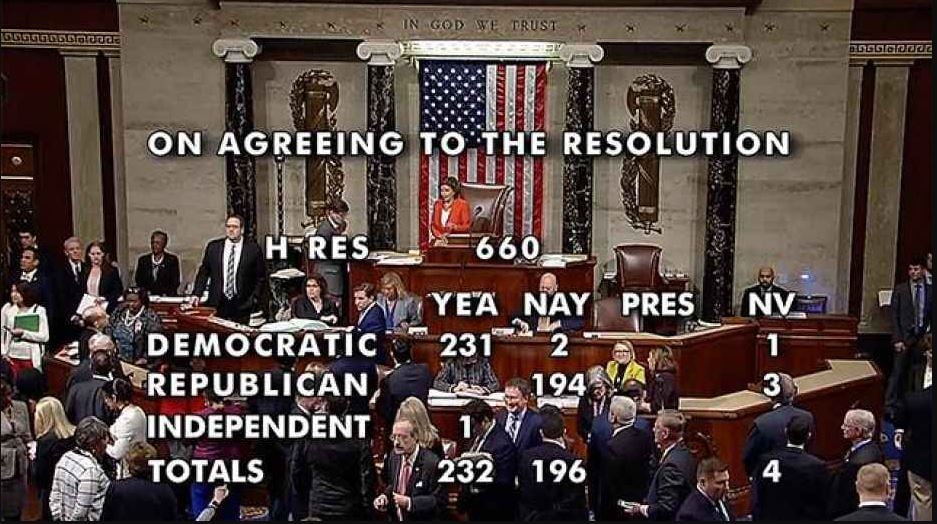 The threat by the United States Democratic party to work tenaciously towards impeachment of  President Donald Trump seems to be coming into reality as the congress gave the approval for the impeachment process.

Naija News understands that the approval was given as the lawmakers voted for the next stage which includes a public hearing on how  Trump attempted to have Ukraine investigate a domestic political rival, Joe Biden.

According to the report gathered, the Democratic-controlled House voted almost entirely along party lines – 232 to 196 – to move the probe forward in Congress, which could damage Trump ahead of the 2020 presidential election. The vote demonstrated unity among Democrats who accused Trump of abusing his office and jeopardizing national security.

Naija News recalls that the probe focuses on a July 25 telephone call in which the U.S. president allegedly asked his Ukrainian counterpart, Volodymyr Zelenskiy, to investigate Trump’s Democratic political rival Joe Biden, a former U.S. vice president, and his son Hunter, who had served as a director for Ukrainian energy company Burisma.

Biden is a leading candidate in the Democratic presidential nomination race to face Trump in 2020.