PDP Speaks On Onitsha Fire, Reveals Who Is To Blame | Naija News 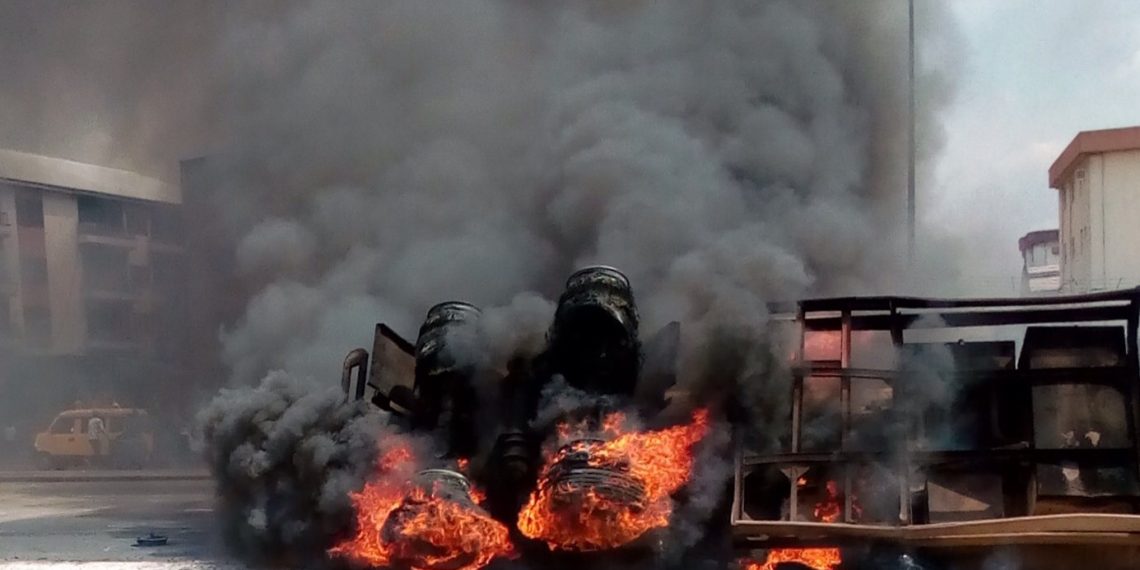 The Anambra State chapter of the Peoples Democratic Party (PDP), has blamed the administration of Governor Willie Obiano for the fire accident at the Ochanja market, the second biggest market in Onitsha, Anambra State.

Naija News reports that the tragedy struck at the Onitsha main market after a truck conveying premium motor spirit (PMS) lost control and rammed into the fence of Toronto Hospital, Upper-Iweka, Onitsha.

This online news platform learned that no fewer than 40 buildings, ranging from two- storey to four-storey buildings were razed in the tanker explosion.

Over 500 lock-up shops were also gutted by the fire along with the Iweka street market leading to Ochanja and Menax market.

Reacting in a statement on Thursday, PDP’s Publicity Secretary in the state, Mr Nnamdi Nwangwu, accused the Anambra State Government of paying lip service to issues of public safety.

He said it was regrettable that firefighters from another state had to come in when it became obvious that Anambra State Fire Service could not do anything.

The PDP spokesperson prayed for the repose of the souls of all who lost their lives.

He also prayed for the quick recovery of those who were injured in the petrol induced fire disaster.

The PDP said: “Not long ago, a fleet of fire fighting vehicles were allegedly commissioned by the state government but it’s worrisome that whenever there is an incidence of fire outbreak, the vehicles would not be seen anywhere around the scene.

“When a fire incident happened in front of Dennis Memorial Grammar School (DMGS) in the same Onitsha a few months ago, it was the same Delta State firefighters that rose to the occasion.

“The same thing repeated itself in Wednesday’s tanker fire, a very big market and many other private investments were consumed.

“This is totally ridiculous and unacceptable, the primary responsibility of any responsible government is the protection of lives and properties of her citizens, any government that fails in this regard cannot be said to be working.”